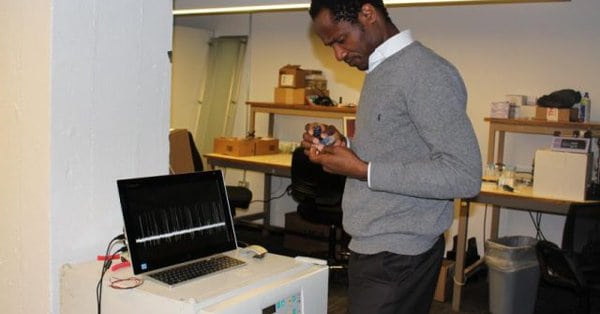 -WiFi may become obsolete in a few years time.

-Chinese scientists have announced the development of a new technology known as LiFi.

With Nigeria still battling the low internet penetration in the country along with the heavy price tag it comes with, WiFi could become obsolete in a few years as Chinese scientists have announced the LiFi as a faster way of transmitting data.

Reports by the Chinese news agency Xinhua revealed the breakthrough by the scientists in creating full-color emissive carbon dots (F-CDs), which brings them one step closer to developing a faster wireless communication channel that could be available in just six years.

LiFi can reach speeds of 50 gigabytes per second, at which a movie download can be completed in just 0.3 seconds according to a 2015 test by a Chinese government ministry.

While most current research uses rare earth materials to provide the light for LiFi to transmit data, a team of Chinese scientists have created an alternative — F-CDs, a fluorescent carbon nanomaterial that proves to be safer and faster.

“Many researchers around the world are still working on this. We were the first to successfully create it using cost-effective raw materials such as urea with simple processing,” said Qu Songnan, an associate researcher at Changchun Institute of Optics, Fine Mechanics and Physics, the Chinese Academy of Sciences, which leads the research.

“Rare earth has a long lifespan which reduces the speed of LiFi transmission. However, F-CDs enjoy the advantage of faster data transmission speeds.” Qu said.

In previous studies, carbon dots were limited to the emission of lights such as blue and green. The new nanomaterial that Qu’s team has developed can emit all light visible to the human eye, which is a breakthrough in the field of fluorescent carbon nanomaterial.

Qu said this is significant for the development of LiFi, which he expects to enter the market in just six years.