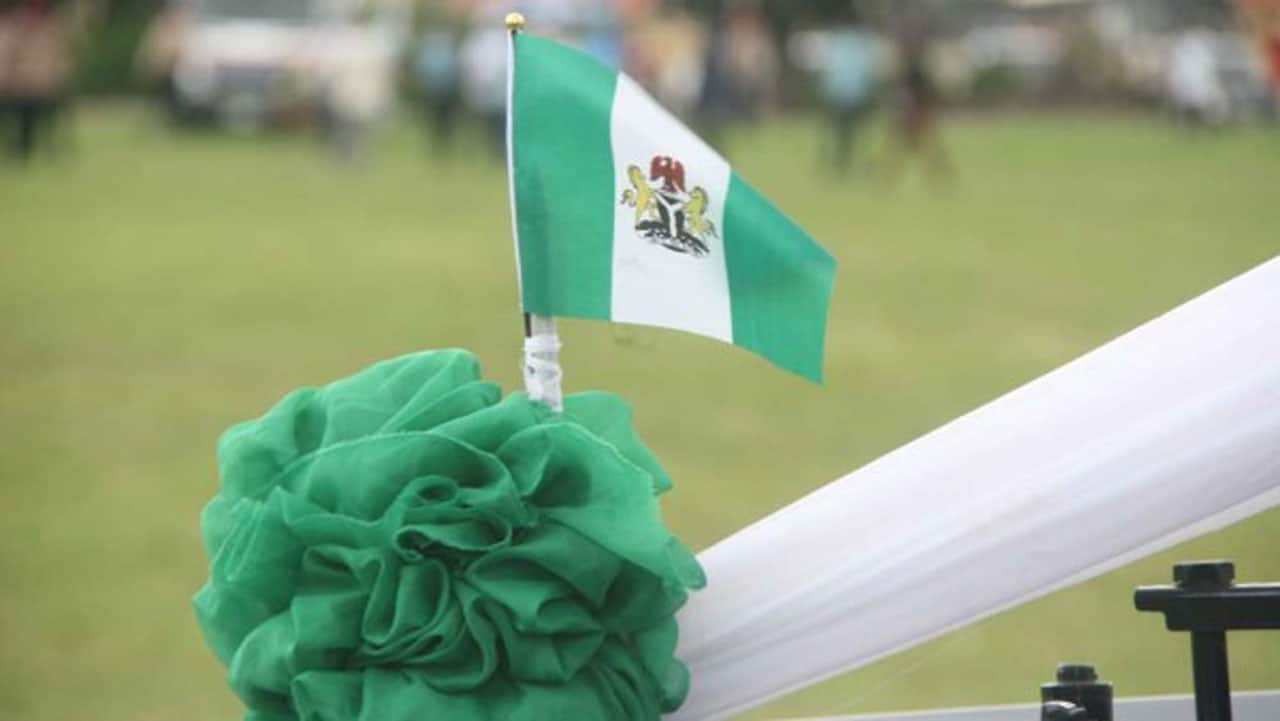 Oh Nigeria we hail thee, tongues and tribes may differ in brotherhood we stand ; this was the first line in our defunct national anthem lyrics composed by Lilian Jean Williams and Frances Berda, both whom are British expatriate who lived in Nigeria when it achieved independence.

This marching words birth a nation out of multiple nations, it acknowledged that we are a nation of different tribes and tongues but we are ready to seat at the table of brotherhood and progress our nation, recognising that we would make our diversity our strength in a federal state.

But that was not the case after the military intervention of January 15, 1966, that disrupted the golden era (1959-1966), the finest part of our democracy. Till today, we have not recovered from that disruption, the situation was made worse by the military constitution of the 4th republic.

The unitary constitution of 1999 is an extraordinary human disaster out of which must be born a society which all Africans & Nigerians would be proud of the 6 republics restructuring. At every point in each generation, there is a call to be answered, when Nelson Mandela heard the call,he answered ; when Martin Luther King jnr heard the call to end racism in America, he heeded the call; when it was time for mahatma Gandhi to heed his own call for the independence of India, he didn’t reject the call; when it was time for our forebears and founding fathers to fight for our independence, they answered the call of their generation.

They fought tooth and nail for us to inherit an independent nation. We ask ourselves, what is the call of this generation, here we go, the call we must answer is the call to build a MIRACLE Nigeria, a Nigeria that must be a wonder to the world. A Nigeria that is an envy of the world.

This generation must answer the call to restructure Nigeria into six republics within Nigeria to achieve our miracle Nigeria. The youth must liberate Nigeria, it is time to rescue Nigeria from the hands of the oppressors, the new colonialist that held Nigeria hostage since 1967.

The mission of this generation involves innovation, creativity and technology, we need to feed the hungry, cloth the naked, house the homeless, teach the illiterate, provide job for the jobless, end the era of epileptic power supply, let water flow in our pipes, build world class infrastructure, facilities and cities, increase opportunities, help each and everyone achieve their purpose, fix our modern rails and sky trains, create a dignifying reward system, to build a nation where all you need to excel is your dream,drive &determination, to build a new nation where the child of nobody can become somebody without knowing anybody. We must end the era where it is known that an African is a second class citizen of the world, a negro boy with a book is acting white, we need to end the mindset that says everything white is right, we need to forge a new unity and stability that is built on justice,fairness and equality, where all Nigerians are equal. A new Nigeria would be created out of our glory past, dark chapters and checked history.

A new nation which shall be the envy of the world, where people from all around the world would come to our shores to see the wonders of Africa, Nigeria is rising, Nigeria youth, we must rise with it. 7 out of 10 Nigerian is a youth, this shows that this is our generation, youth, you own this era. You own this generation, you must decide what you want to make out of it, let us all come together to build a better nation seeing the BIG PICTURE of the WONDERS of Africa, A common dream to build the miracle Nigeria. We know the limitations of government, we know, we cannot blame the government for all our problems,we don’t expect the government to solve all our problems, we don’t expect the government to brush our teeth for us and put food in our mouth.

We believe that what we need from government is listening hear, to hear our deepest cries in our faintest voices. We believe with just a slight change in priorities of government, we can achieve our aims of a miracle Nigeria. A new nation of Nigeria where every child has a decent shot at life, that makes the doors of opportunity remain open to all both the poor and the rich, a nation where we don’t have almajiri kids littering our streets anymore, where all children within the school age would be in school to acquire world class education.

A nation where hard work is rewarded and people get a dignified reward for their productivity and creativity. A nation where the political class and the masses share the same health care facilities and educational facilities. A nation that lift the masses to the level of middle class.

A strong belief that we are all connected as one people, even though we belong to different tribes, we must recognize that we can actualize unity in diversity. And make our diversity become our strength, a nation where you and I are our brothers keeper, our sisters keeper.

That is why we need to come together to unite our nation by negotiating our cooperate existence in love and fight the unitary system of 1999, that has held this nation hostage for 51years.

The constitution that divided us instead of uniting us, the constitution that created ethnic distrust, marginalization, ethnic domination, ethnic enmity, ethnic animosity, ethnic hatred, hate speeches, agitations, separatist movement, secessionist movement, structured poverty, corruption and underdevelopment. We can achieve a consensus granting Arewa republic, Biafra republic, Oduduwa republic, north east, middle belt republic & Niger Delta republic within Nigeria. Since we can get the 6 republics within the context of Nigeria, why should we break up.

Nigeria, all we need to actualize this is a listening government with a political will to make it happen, a government that knows that the will of the people overrides the will of politicians. We must create a system that would make all the six parts financially independent on each other, where both the six republics and federal government will be an advantage to each other not disadvantage, we need to create an attractive union, that nations like Cameroon, chad, Niger, Benin, will wish to Join the union.

What we need to solve our problem is not the army force, threat or coercion, what we need is an attractive system, love, justice. Justice is the solution to injustice not military deployment.

If we have practiced and used something for 51years and it is not working, it is time to dump it and try something else.only a foolish man will keep doing the same thing, the same way expecting a different result.

Nigerians, it is time to fight the unitary structure that says some Nigerians are more Nigerians than others, we must reject the 1999 constitution that was fraudulently prepared for the people by some selective few, which says “we the people of Nigerians” even when nigerians were not consulted in the preparation of that constitution. We need to fight this unitary 1999 constitution which has prevented the development of our dear nation for 51years.

We have crawled for 51years, now is the time to fly, Nigerians, our nation must fly, we need a new constitution of 6 republics with wings and feathers to soar high among the committee of nations, we all know that the greatness of nations is achieved by 3 things 1) the constitution of the nation 2) institutions and structure of the nation 3) the leadership, vision and focus of the nation

And when they ask each and everyone of us, what are you doing, we would all answer ; we are building the WONDERS OF AFRICA. Nigeria, it is our time to be the wonders of the world, at some point in history, civilisation was in Babylon, at some point it was in Mesopotamia, at some point in Egypt when Alexandria had pyramid of Egypt,at some point civilization moved to China, we had the Greek empire, later it moved to Rome ; we had the roman empire, later we had the British empire, now we have the American civilization, in history civilization had been in Africa, Egypt & Ethiopia, now is the time for the world to turn to Nigeria in Africa for the next world civilization. Nigerians, we can do it, we have done it before, our children have excelled in the world in all fields of endaveour ; medicine, science, technology ; prof Wole Soyinka, China Achebe, Philip Eneagwali, we can do it again.

This is the time to birth the magical place, the wonder of Africa, it is time to build an Africa nation that shines as a beacon of freedom and opportunity to many nations in AFRICA. The 2 protectorates almagamated, the southern and northern protectorate needs to come together to negotiate their common coexistence, we share a common dream born of 2 protectorates.