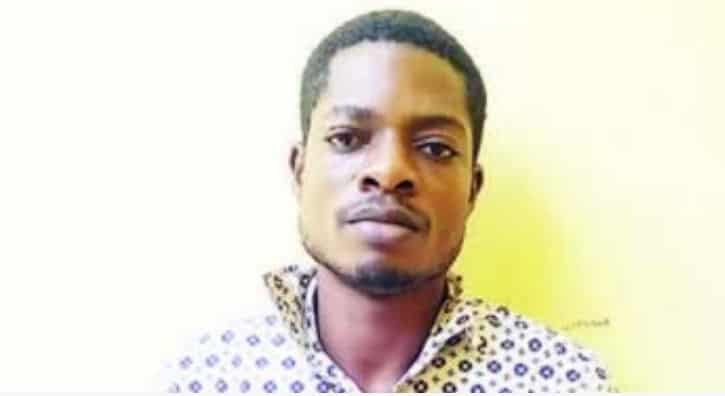 Joseph, according to Punch report, a resident of Cananland, Sango Ota, in the Ado Odo/Ota Local Government Area of the state.

He abducted the victims and took them to an unknown place, from where he started demanding a ransom of N150,000 per child from their parents.

The state Police Public Relations Officer, Abimbola Oyeyemi, said the parents of the victims reported the case to the police at the Agbara division and they swung into action.

According to him, technical investigation was conducted on the suspect’s whereabouts and his hideout was located in a hotel in the Ojo area of Ibadan.

He said the detectives arrested the suspect and rescued the victims unhurt at the hotel.

“The two children have been reunited with their parents,” Oyeyemi added.

The state Commissioner of Police, Ahmed Iliyasu, has therefore, ordered the immediate transfer of the case to the Anti-kidnapping/Cultism unit of the Criminal Investigation and Intelligence Department, Eleweran, Abeokuta.

Iliyasu urged the public to be conscious of their children’s security so that they won’t fall prey into the hands of kidnappers.