Nigerian Comedian, Basketmouth is not happy with the ongoing conflict between Peter and Paul of Psquare.

The comedian lamented that the feud between the brothers is diverting people’s attention from his show which is coming up on September 30, 2017.

Read also: How I got pregnant at 16 – Hilda Dokubo

The comedian took to social media to ask the brothers why they could not hold their fight until his upcoming show is over, saying the fight is affecting the show’s publicity. 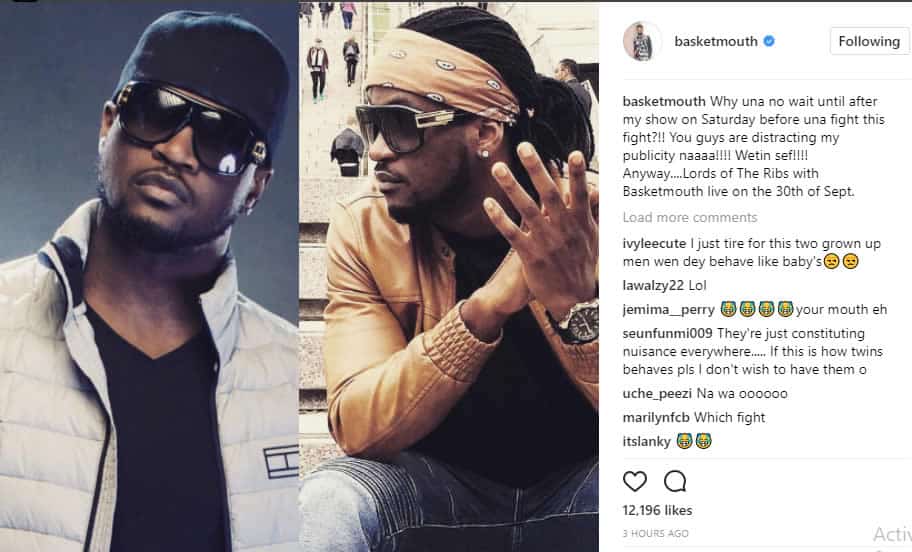