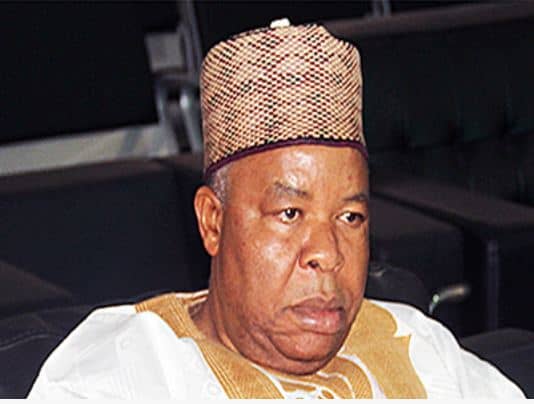 Former Deputy President of the Senate, Senator Ibrahim Mantu,  has announced that he has given his life completely to God.

Mantu said  anything he says henceforth  is the truth and sthius enjoined Peoples Democratic Party  members to believe him.

Mantu made the announcement during the ongoing declaration by Prof. Tunde Adeniran to head the party as its national chairman slated for December 9 in Abuja.

The senator claimed to have engaged in a 30 day fasting exercise during which according to him, God revealed that PDP members must select Adeniran as the party’s national chairman.

Mantu said, “I’m now born again, whatever I say now is the truth.   Some people came to the PDP with nothing and left with billions.  We need to bring the party to the people now. We need to be sober and apologise for what we have done wrong in the past.

“After fasting and prayer, I fasted for 30 days and night asking God to show me who would lead the party. God showed me Adeniran.