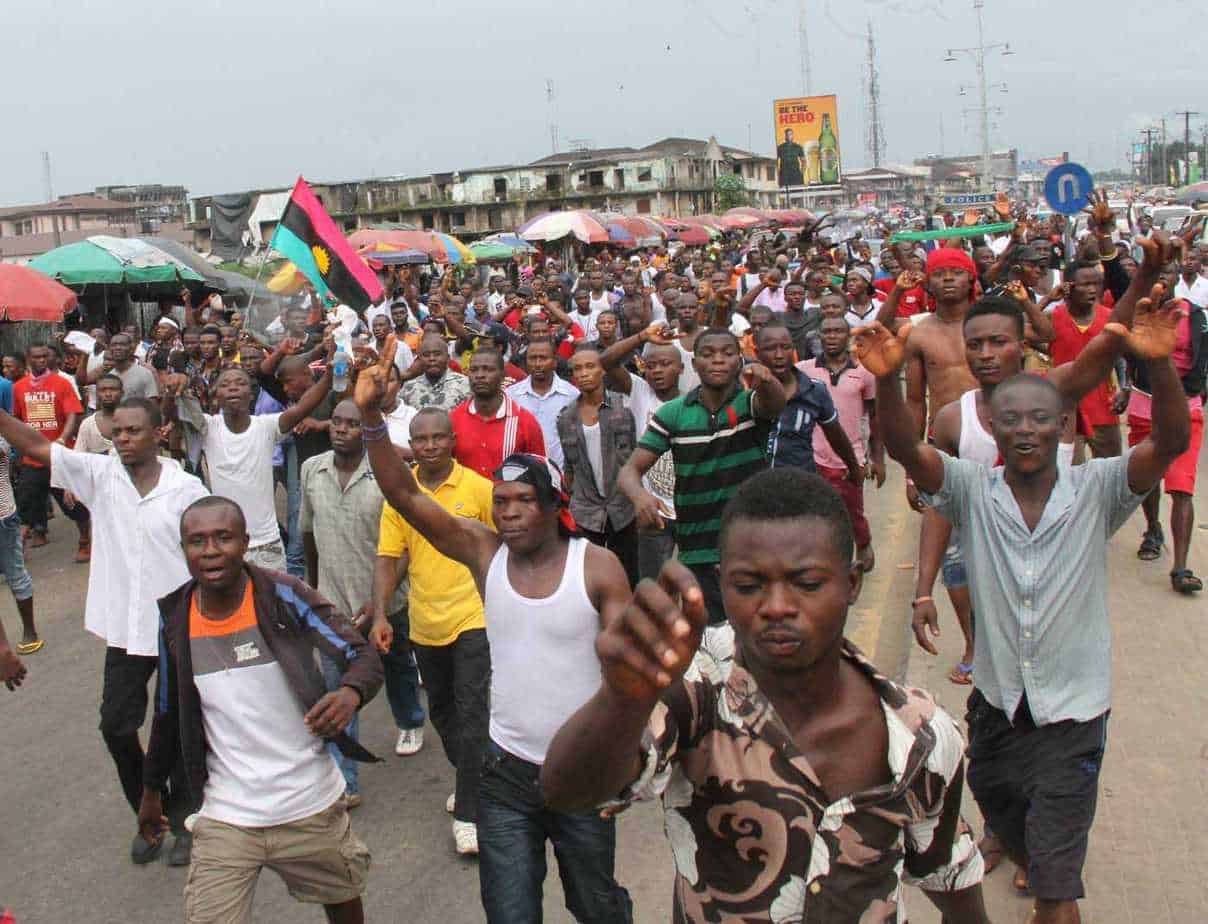 South-East Governors Forum has concluded to accept and rehabilitate members of the banned  Indigenous Peoples of Biafra.

This was disclosed by forum’s chairman and Governor of Ebonyi State, David Umahi, who explained their decision to proscribe the activities of the secessionist group as a bid to safeguard the lives of about 12 million Igbos residing across the different states of the federation.

Umahi made the governors’ decision known on Tuesday in Ezillo, Ishielu Local Government Area of Ebonyi State in the course of celebrating the ‘2017 Ebonyi Peace Day.’

According to the Chairman, “We have all agreed that some of our youths, who were misled in this direction, must be reabsorbed and reintegrated and be made  to do something with their hands.

READ ALSO: Biafra: We cannot afford another war in Nigeria – Igbos in Oyo

“I have asked the Ministry of Economic Empowerment and Job Creation to open a register for some of our youths in this agitation, who were misled and did not understand what was going on. By my words, we are going to rehabilitate and re-integrate them into meaningful venture,” he stated.

Umahi clarified that the IPOB agitation was not focused on disrespecting Mr. President or other ethnic groups. He however noted that that agitation for any cause should be done through peacefully and that “the issue of marginalisation and agitation should not degenerate into self-help.”