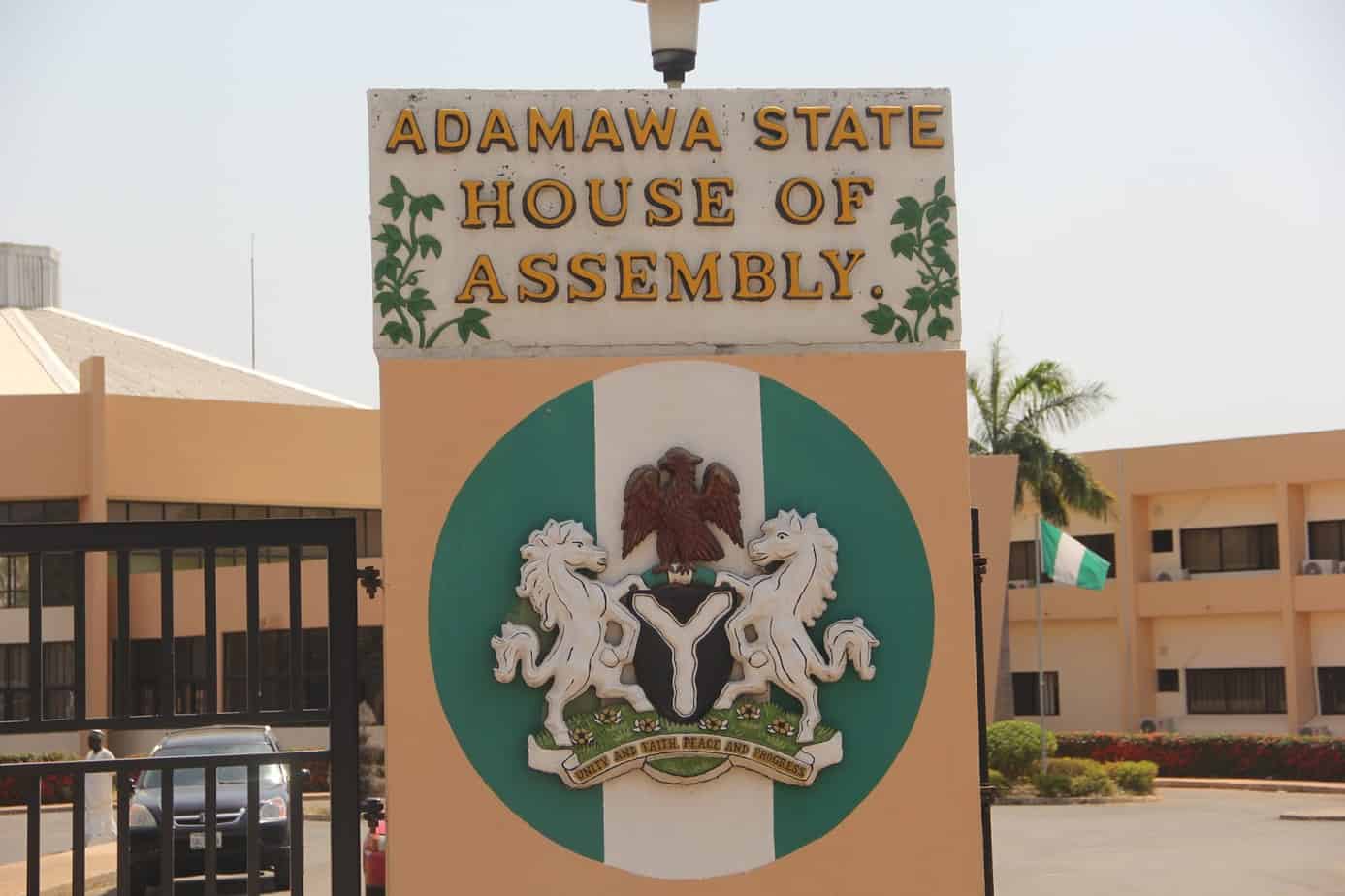 The Adamawa House of Assembly has announced the immediate dissolution of its House Standing Committees.

Speaker of the House, Kabiru Mijinyawa made the announcement during plenary on Tuesday, where he also announced a new sitting arrangement for members based on the emergence of new principal officers.

Recall the Adamawa House of Assembly, had on Monday impeached some of its principal officers after passing a vote of no confidence on them.

Addressing journalists on what necessitated the change in leadership, the new Majority Leader of the house, Hassan Barguma (APC-Hong), said the change was effected to make the house more vibrant and responsive to the discharge of its responsibilities, including oversight functions.

Mr. Barguma expressed belief that the change would also ensure better working relationship between the lawmakers and the executives in the state.

“We noticed that the house was drifting and after investigation, we found out that with the exception of the Speaker, most principal officers were culpable and we decided to remove them.

“We spared the speaker because he is a gentleman and has listening ears but was misled by bad advisers (principal officers) who we insisted should go.”

Abdurrahman Abubakar, (APC-Mubi)) revealed 17 of the 25 lawmakers in the house voted to remove the principal officers, adding that the electorate should expect vibrant legislation from the house.

He added that “the electorate have been complaining that the house is not vibrant and looks more like rubber stamp.

“But from now on, I want to assure the electorate of a vibrant assembly.”