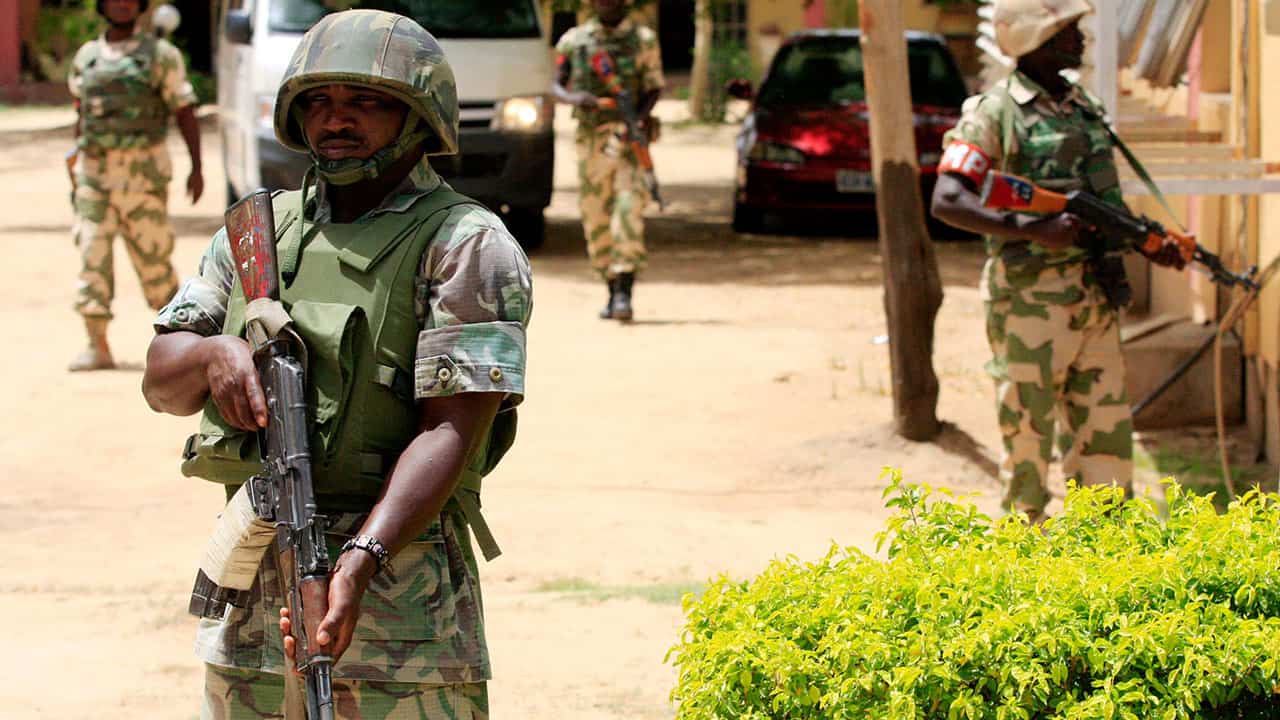 Two men suspected to be dealers in marijuana, have been arrested with 15 bags of marijuana by soldiers attached to the 32 Artillery Brigade of the Nigerian Army, Akure, Ondo State.

The Assistant Director, Army Public Relations of the brigade, Captain Ojo Adelegan, disclosed the suspects were arrested at the Owena military checkpoint.

The suspects who were in a black Toyota Corolla with number plate, Lagos KSF 492 AS, attempted an escape before they were arrested by the men on duty.

He said: “As they (suspects) approached the checkpoint, the driver of the vehicle refused to stop; it took the effort of our men on sentry duty, which fired a round of ammunition, to stop the driver, who abandoned the car and ran into the bush.

READ ALSO: Boko Haram does not control a single LG in the north-east – Nigerian Army

“Our soldiers recovered 15 bags of Indian hemp (cannabis) and N71,354 cash from the car. The suspects said the Indian hemp was purchased at Ogbese town and was being moved to Lagos.”

Adelegan stated that the suspects and other items recovered had been handed over to the Ondo State command of the National Drug Law Enforcement Agency.