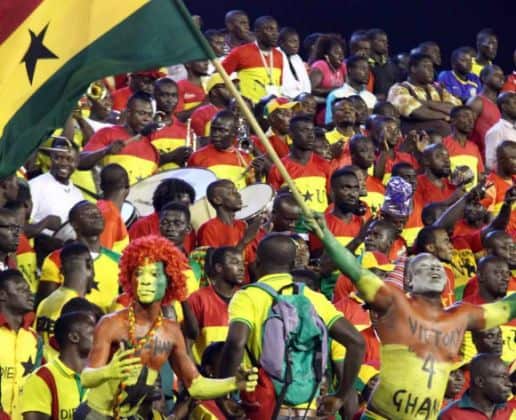 The Black Stars of Ghana have retained their title as the  champions after defeating Super Eagles of Nigeria by 4-0 in the 2017 WAFU Cup of Nations finals.

The Super Eagles of Nigeria were humillated by their Ghanaian counterpart who defeated them by 4-0.

Stephen Sarfo’s 44 minute strike was the first goal that separated the two sides.

The second goal of the match came at the 59th minute after a penalty was awarded to Ghana. Afeez Aremu was the culprit who caused the penalty

In the 67th minute of the match Stephen Eze committed a foul which culminates in the second penalty for Ghana. Stephen Sarfo makes it 3-0 from the spot, and of course a brace for him in the historic match.

As if the humiliation was not enough for Nigeria at the 92nd minute, Ghanaian attacking midfielder, Winnful Cobbina scored another goal after a goalkeeping gaffe from Ezenwa.

Cobbina’s goal was the kick tha sealed the Super Eagles of Nigeria’s coffin as Ghana eventually sailed to victory retaining their position as the winners of the 2017 West Africa Football Union (WAFU Cup).