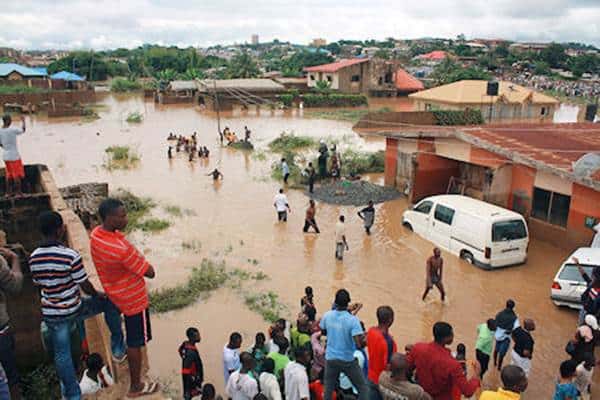 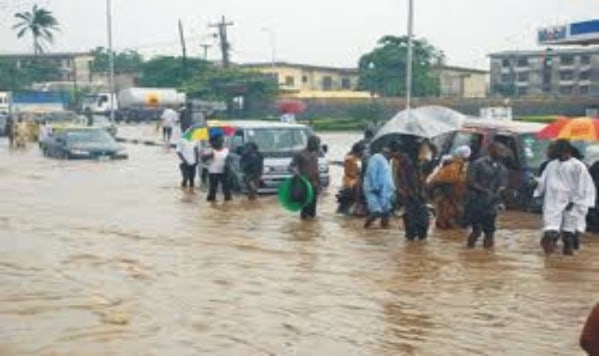 A heavy downpour which lasted for 10 hours on Thursday in Owerri, the Imo State capital has put many in a dejected state, as people’s property were destroyed and submerged by flood.

When one of the affected areas at Orji Street, was visited by Punch, the victims were trying to gather some of their property already stuck in the flood.

An occupant of one of the affected houses, Chibunna Michael, said it took God’s grace for his five children not to be carried away by the water.

Michael said five families which consist of 18 people, including women and children were occupying the building.

“We have lost all our property, including money and vital documents. If not for the grace of God, my five children would have died.

“The flood brought down two perimeter fences, entered our house and swallowed it. We were awoken from sleep by the rampaging flood, which took over all the rooms. It was at that point that we rescued the children, who were asleep. Our electronics, chairs and other property, were damaged. I came out with nothing. I don’t have a dime on me as I speak with you.”

Another victim, Emeka, said he and other tenants lost property worth millions of naira to the flood.

The residents at Federal Housing Estate, Egbu, said the heavy downpour stopped around 1pm, and damaged their property as well.

A resident, Obinna Akuwudike, said about 15 houses and six cars were affected by the flood on the estate, explaining that his two generators and a car were submerged by the flood while his electronics were destroyed.

He said, “This is terrible. I lost my two generators and my small car was submerged. My neighbour, Peter Onu, and his wife are worse hit. They lost their two cars to the flood. There are other victims.”

The rain also affected activities in Owerri as markets, shops and offices were yet to begin business activities for the day as at 12pm.