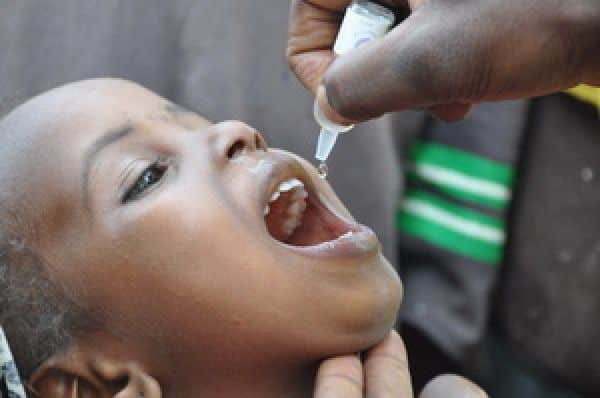 -WHO in collaboration with the Nigerian Government has made arrangement to vaccinate the people affected by cholera in Borno State.

The World Health Organisation, WHO, and the Federal Government has concluded plans to vaccinate about one million people of age one year and above in Borno against cholera outbreak.

The WHO representative in Nigeria, Wondi Alemu, according to NAN report, said in a statement in Abuja on Tuesday that the vaccination was expected to target over 915,000 people in the state.

To achieve this, Gavi, Mr. Alemu said the Vaccine Alliance, a coalition of developing countries and donor governments in collaboration with WHO have delivered 915,005 doses of Oral Cholera Vaccine to the country.

He said the organisations were working with the Nigeria Centre for Disease Control, NCDC, and the Borno Ministry of Health to make the vaccine available to affected populations free of charge.

Mr. Alemu said the vaccination which started on September 18, would last for the next few days and the campaign would take place at the Muna Internally Displaced Persons (IDPs) camp in Maiduguri as well as Jere, Monguno and Dikwa local government areas of the state.

“The Federal Government of Nigeria through the NCDC and the National Primary Health Care Development Agency (NPHCDA) in collaboration with the WHO, UNICEF and other partners are all supporting the Borno Ministry of Health. We would leave no stone unturned to ensure that the current cholera outbreak in some parts of Borno State is contained shortly.

“The Government at all levels is working closely with partners to improve the sanitation situation, conducting hygiene promotion and disinfection of the affected areas where the campaign will take place including the Maiduguri Municipal Council.

“Following heavy rainfall and lack of access to safe water, more than 2,600 suspected cholera cases have been reported in Borno. As at September 16, more than 40 deaths have been recorded since the first case was confirmed in mid-August. The majority of cases have been detected in the Muna IDP camp on the outskirts of Borno state’s capital Maiduguri which houses 20,000 people who have fled the Boko Haram conflict.

“The number of suspected cholera cases has also increased dramatically in Dikwa and Monguno areas in the past few weeks,” Mr. Alemu said.

He said that this led the International Coordinating Group for Vaccine Provision to send cholera vaccines from the global stockpile to the country.

Mr. Alemu stressed that thousands of people in these camps left their homes to flee violence and terror and they are now at risk of cholera.

Seth Berkley, CEO of Gavi, the Vaccine Alliance, said in the statement that the vaccines would minimize the spread of the disease and it would also buy valuable time to put the right water, sanitation and hygiene infrastructure in place to stop the root causes of the outbreak.

Mr. Alemu said WHO and partners were already making a difference by alerting people of the risks of cholera, supporting the early detection of cases, treating cases and taking other steps to end the outbreak within a short period of time in order to address other health issues in the state.