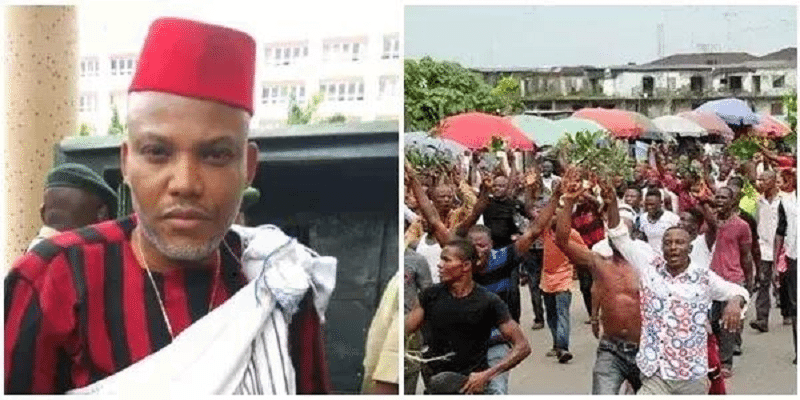 The Anambra Police Command has taken measures to enforce a prohibition on all activities of the Indigenous Peoples of Biafra (IPOB) in the state.

Mr Garba Umar, the State Commissioner of Police, said this while a in Awka on Tuesday, warning that any person or persons involved in the activities of the group would be arrested and charged to court.

He defined terrorism as the unlawful use of force and violence against persons or property to intimidate, coerce a government, the civilian population or any segment in order to seriously destabilize or destroy the fundamental political, constitutional, economic or social structure of a country.

“The Terrorism (Prevention) Act, 2013 (As Amended) provides minimum punishment of 20 years and maximum of death sentence depending on the offence.

“Meanwhile, Section 37 Sub-section (1) Criminal Code Act, Cap 77 provides that any person who wages war against the state in order to intimidate or coerce the President or State Governor is guilty of treason and is liable to on conviction to be sentenced to Death.

“Therefore, I enjoin the general public to know that participating in the activities of this group is illegal and would amount to treasonable felony,” he said.

“The Command also wishes to reiterate that any act of terrorism is criminal and unjustifiable, regardless of the motivation; the Command urges the good people of Anambra to come together to sustain the existing peace in the state.”

The commissioner assured that the police would continue to safeguard lives and properties of all citizens in the state in line with the vision of Inspector-General of Police, Mr Ibrahim Idris.

He appealed to parents and guardians to warn their children and wards to stay away from the group.