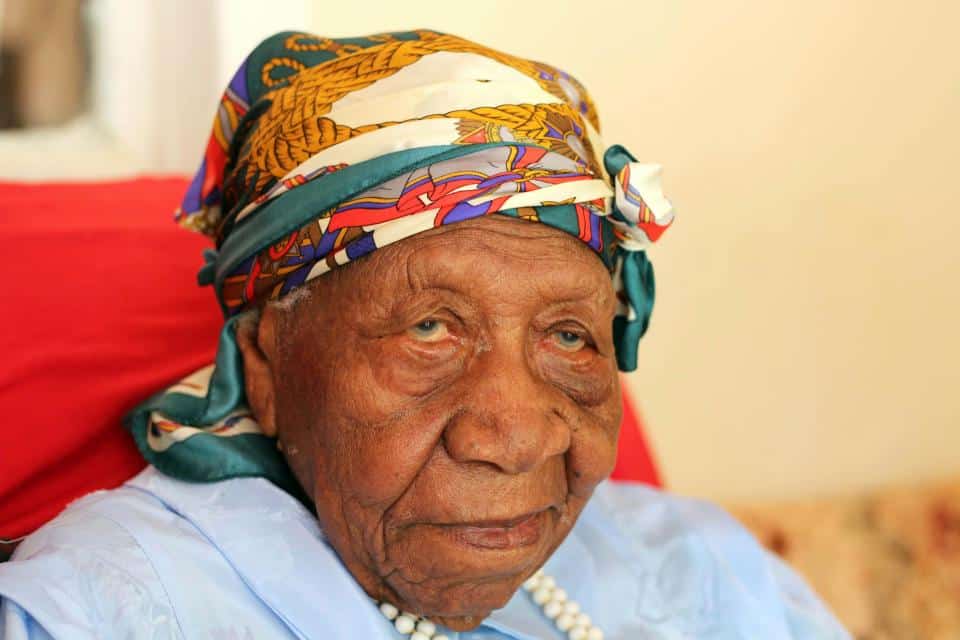 The world’s oldest person Violet Brown has died in Jamaica at the age of 117 years and 189 days old.

Jamaica’s Prime Minister Andrew Holness has expressed his condolences in a Facebook post, calling her “an inspiring woman.” and also tweeted a picture of them together during her life time.

Our oldest person in the world Mrs. Violet Mosse-Brown has died. She was 117 years old.

Popularly know as “Aunty V”, she died Friday at a local hospital, where she had been treated for heart arrhythmia and dehydration.

With her death, the Gerontology Research Group lists Nabi Tajima of Japan as the oldest surviving person. She was born on Aug. 4, 1900 and is also aged 117.

Brown spent much of her life cutting sugar cane. She remained active in her church until recently and credited her longevity to hard work and her Christian faith.

She had four sons and two daughters.