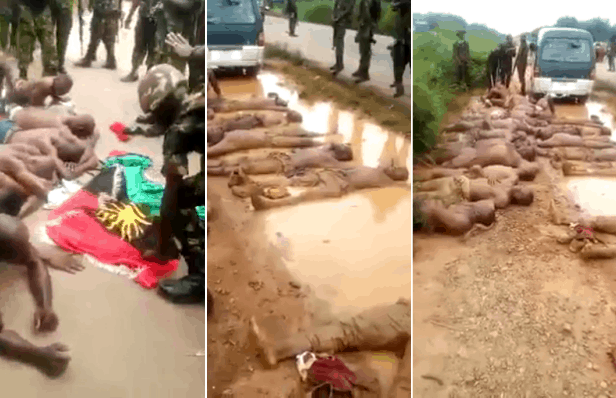 The Nigerian Army says it would investigate a video clip trending on social media, showing troops humiliating some people at a check-point in Abia State.

This is to ascertain the source and the actors in the clip.

But, Deputy Director, Army Public Relations 82 Division, Nigerian Army, Colonel Sagir Musa stated that the military’s Rules of Engagement are clear and any officer that infringed on any of such directive, if found guilty, would face full wrath of the military justice system.

He also advised the public to be wary of a planned propaganda by IPOB, to cause disaffection with the army.