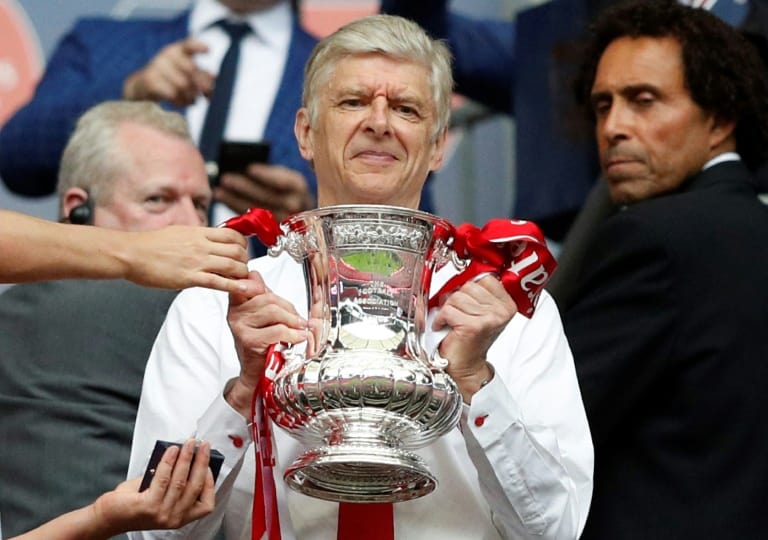 Goals from  Sead Kolasinac, Alexis Sanchez and Hector Bellerin ensured Arsenal got off to a winning start in Group H of their Europa league campaign.

An early stunning strike from Jhon Cordoba as early as the ninth minute had suggested Arsenal were heading for a defeat at home to Germany’s Cologne.

The 3-1 win will calm nerves at the Emirates stadium a little after Arsenal missed out on a Champions league slot for a first time in 20 years and now have to settle for an Europa league slot.

Meanwhile, the Europa league clash at the Emirates stadium had to be delayed for about one hour after Cologne supporters numbering close to 20,000 stormed the London stadium with only 3,000 tickets available for the away fans.

As reported by Goal.com, Arsenal coach, Arsene Wenger had the following to say about the game which had to be postponed.

Wenger told reporters: “We waited patiently in our dressing room but what was difficult for me was that I had all kinds of plans to think about.

“Do we play tomorrow? At what time do we want to play? Do we play next week? But they have a Bundesliga game midweek, we have a League Cup game midweek. Do we move it to Tuesday and play Thursday? It was all kinds of speculations that we had to analyse.

“In the end, at some stage, I thought they will not play the game. I can’t see the police taking any risk. We live in a society of 100 per cent security.

“I thought they would never take a gamble to play this game when I saw the images around the stadium but I must say our supporters dealt well with the situation. There was no aggravation and I hope everything goes well after the game.

“Was it the right decision? If nothing happens after the game, yes.

“[The Cologne fans] were very clever. I don’t know how they managed to infiltrate our fans and get everywhere but they did that very well. I don’t know did they go through Arsenal membership, on the internet. But they did very well.”