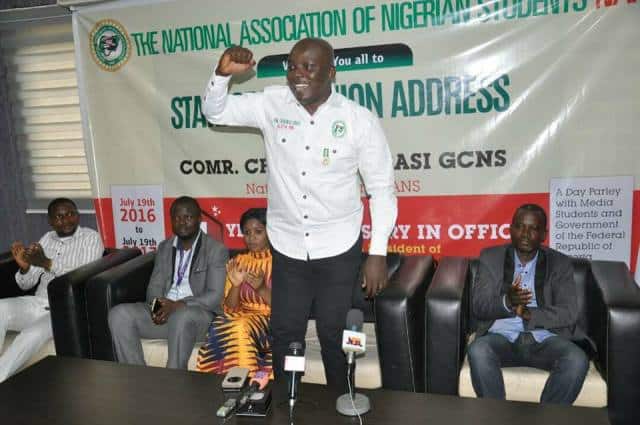 The Niger State Government says it has released N13 million for the medical treatment of Mr Dauda Mohammed, an ex- president of National Association of Nigerian Students, NANS.

Present NANS’ President, Mr Chinonso Obasi, on Wednesday led a peaceful protest to the Niger Government House to demand for the immediate release of funds for Mohammed’s medical treatment.

Naija News gathered that Mohammed, who was NANS’ President from 2011 to 2012, needs an urgent medical treatment for liver cirrhosis in a recommended Indian hospital.

Obasi said that the association wanted the assistance of the state government for the former president, who is from Niger State because NANS had already secured visa for the trip.

He said further that any delay in releasing the fund will amount to putting Mohammed’s life in danger.

‎However, Oritunsin told reporters that the governor had approved NANS’s request before their peaceful protest, adding that due process must, however, be followed before the release of fund.

“While the process was on, Sallah break set in and delayed the process of release of the money.

“For NANS to accuse the government of deliberate delay was unfair. It is on record that this year alone close to 500 Nigerlites have been assisted on health issues.

“I wonder why the government will single out Mohammed and deny him assistance.

Oritunsin said that government released the money on Wednesday for transfer to Mohammed’s account for the treatment.

When contacted, Obasi said that the Niger State Commissioner for Health, Dr Mustapha Jubril, had confirmed the release of the fund.