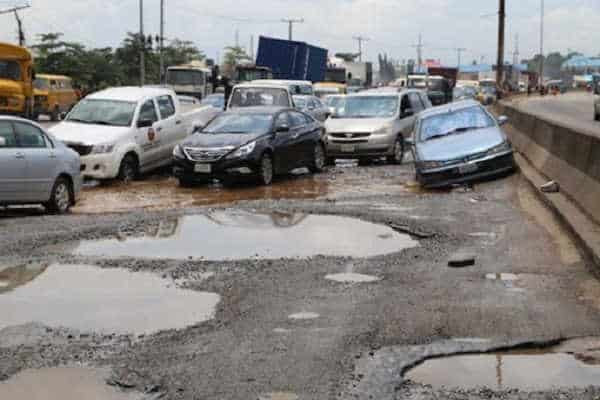 The Edo House of Assembly on Wednesday condemned the slow pace of work on the Benin-Ekpoma-Auchi by the contracting firms.

The Speaker, Alhaji Adjoto Kabiru, made the call at Ekpoma, Esan West local government area while leading members of the house on a ‘protest inspection’ of the road.

He said that the deplorable state of the road had hampered socio-economic development of the people of the state as well as other Nigerians plying the road.

“It is our view as an assembly that the contract awarded to Dantata and Sawoe, Mother Cat and Reynolds Construction Company (RCC) should be revoked.

“Honourable Raji Fashola is a man that we respect very much.

“He is doing wonderfully so well as a Minister of the Federal Republic of Nigeria but  on this Benin-Ekpoma-Auchi-Okpella road , there is need to revisit the performance of the  contractors. They are not competent.

“We are dissatisfied with the Federal Controller of Works and we have resolved that the contractors can no longer deceive us.

“The present condition of the road was unacceptable to residents in the state who now travel through Ondo or Delta states to get to their destination.

“The protest on the road was to show solidarity and share in the pains experienced by travellers and motorists.

“Our oversight functions have doubled. We are now together as a team. It is unacceptable for Edo residents to travel through Ondo State when coming from Edo North.

“We are not satisfied with the pace of work and quality of jobs done. We are moving through that road. We know Edo people are suffering,” the speaker said.

He said that the road was awarded to four contractors with a view to completing the project in 36 months.

Kabiru alleged that the level of work done by the contracting firms was far below the huge funds released to them by the federal government.

He said that the people of the state and the assembly members were not satisfied with the performance of the companies.

Responding, the Principal Resident Engineer in charge of the Ekpoma road, Mr Ishaku Mamri, said he was not in a position to tell the lawmakers reasons for the alleged delay.

He said Dantata and Sawoe construction firm was mobilized to the Ekpoma axis of the road for palliative works to address the traffic challenges on the road.

Also speaking, the Project Site Supervisor for the firm, Malam Suleiman Nasiru, said the initial contract awarded to the firm was from Agbede in Etsako West local government to Ewu hill in Esan Central local government.

Nasiru added that the Ekpoma axis was recently awarded to the company to address the perennial traffic challenges in the area.