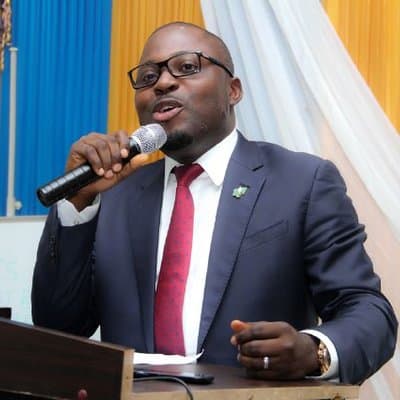 The former governorship candidate in Bayelsa State claimed to have received a call from the United Nations office in New York on the Nigeria’s military action.

However, Siasia  did not disclose the identity of the caller as well as the full content of the call.

I just received a call from the United Nations office in New York on the on-going Nigerian Military invasion in Abia. FGN should be warned!!

Siasia, chairman of Mosilo Group, a wholly indigenous company, is the younger brother of Samson Siasia, the former Nigerian international footballer and former coach of the Super Eagles.

Southeasten Nigeria  is currently under siege by the Nigerian military, due to the activities of the Indigenous Peoples of Biafra (IPOB).

Meanwhile, the Biafra National Guard (BNG) has declared war against the Nigerian Army.

It alleged that the launch of Operation Python Dance II to be carried out in the South-east was targeted at Nnamdi Kanu and other agitators.

A statement Wednesday morning by ‘Major Nkuma’, said BNG knows the operation “is a show of force and genocide intention which has already started”.

It, however, said the Army should be prepared for BNG warning that its the leadership of General Innocent Orji was ready for war.