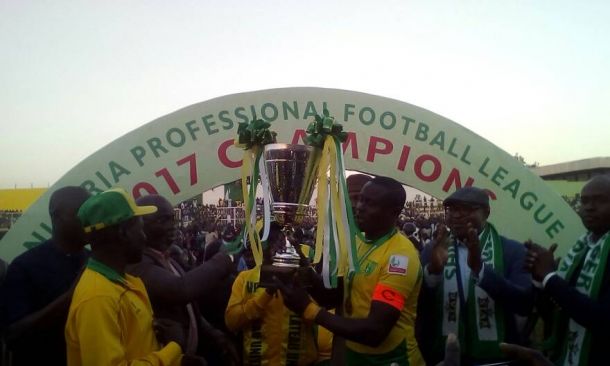 The curtains went down on the 2016/2017 Nigeria Professional Football League season over the weekend as Plateau United emerged overall champions for the first time in the history of the club.

The Jos-based team topped 19 other teams, finishing the season with 66 points from 38 matches.

They will now represent Nigeria in next year’s CAF Champions League along with runners-up MFM FC, who lost 2-1 at El Kanemi Warriors.

Also, Shooting Stars FC, Ilorin based ABS FC, Gombe United and Remo Stars are the four teams that got relegated and will now play in the lower league come next season.