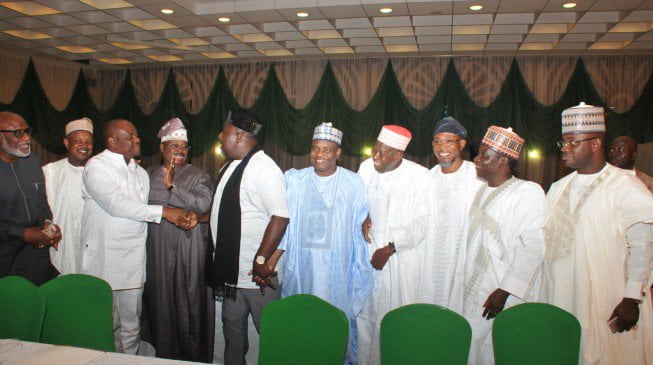 A survey carried out by the News Agency of Nigeria has revealed some states are still owing their workers various amounts of salaries, pensions, gratuities and arrears, ranging between 2 and 11 months even after receiving 2 batches of funds from the federal government’s Paris club refund payment.

According to the report, the states are Anambra, Borno, Gombe, Ebonyi, Enugu, Bauchi, Cross River and Imo.

The federal government had advised state governments to use between 50 and 75 per cent of their shares of the refund to clear the arrears of salaries, pensions and gratuities they owed.

Recall that following protests of over-deduction by the state governors, the federal government, in July released the second tranche of funds worth N243. 795 billion to the 36 states, having earlier released N388.30 billion in December 2016.

However, in most states where the arrears of salaries, pensions and gratuities have been paid, some civil servants and retirees, especially those in the council areas, are still being owed.

READ ALSO: Nigeria’s Naira appreciates against the US Dollar

Kiyawa said the state government paid about N461.4 million as terminal benefits to 339 retirees in the state.

Abubakar Musa, a retired civil servant in the state, said each time a civil servant retired, he/she collected the entitlements without delay.

In Yobe, Baba Malam-Wali, secretary to the state government (SSG), said the state had been paying salaries of workers as and at when due and would continue to do so.

However, payment of the entitlements of the council workers in the state had been delayed due to an internal conflict among members of the state local government retiree screening committee.

On its part, the Borno government said it approved N6 billion for the clearing of the outstanding retired workers’ gratuities and pensions in the state.

However, the concerned workers and retirees are yet to receive the payments.

In Gombe, Haruna Kamara, chairman, Nigeria Labour Congress (NLC), said the state government had not settled the arrears of gratuities of some retired civil servants.

He said that government did not inform the NLC in the state about the release of the second tranche, but that the organised labour only read of it on the internet.

“The truth of the matter is that nobody from the government of Gombe state consulted us about the fund and how they are going to use it,” he said.

“It remains only one month salary arrears which I have directed the commissioner of finance to pay.”

But some primary healthcare workers, who spoke on the condition of anonymity, said they were owed three months salaries.

“As I am talking with you, we have not received even the July salary let alone the three months arrears. We are suffering,” one of them was quoted as saying.