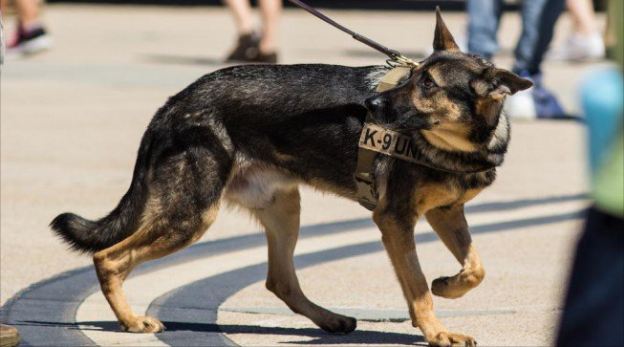 In a bid to improve and intensify security at airports, the chief of air staff, Sadique Abubakar, has revealed the plan of the air force to deploy special dog unit (K-9) to airports nationwide.

According to NAN, he disclosed this while addressing officers of the Yola air force base involved in the fight against insurgency.

Abubakar also said some NAF personnel had gone for more training in South Africa while others had been trained by the Nigerian police force.

“Very soon, we will be deploying the dogs to our airports and bases to add value to what we are doing in terms of protection,” he said.

He said due to the process of restructuring going on in the force,” two more commands; special operations command and ground training command had been established.

He said: “Very soon, in all our units, no technician will go for guard duty.

“We are building capacity in terms of having the required number of special forces so that those trained as special forces will take over the defence of the base so that technicians concentrate on maintenance of aircraft. Right now we are training 450 special forces in Kaduna in phases.

“We will continue to build the capacity of our instructors and also ensure that we have sufficient aeroplanes to conduct the primary flying training.

“This will enable every student pilot that is admitted into the school complete his or her training as a cadet like we used to have in the 80’s.”