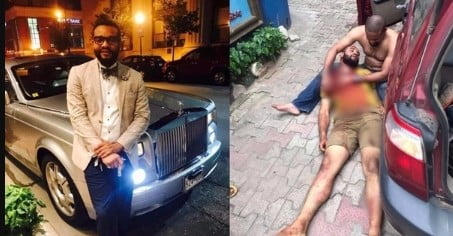 There are unconfirmed reports that the Winner of the Gulder Ultimate Search (GUS) competition in 2006, Hector Oluwaseun Jobarteh, is dead.

The GUS season 3 winner and father of one, was reportedly trailed to his house in Lagos, and shot dead by two unknown gunmen.

According to reports, he just returned from the Lagos international airport where he went to pick younger brother when the sad incident occurred.

Some Facebook users, Baskelly Legendhustler and Oluwatosin Van Phillips Genesis, shared the news on their pages.

See their posts below:

Baskelly wrote: “Goodbye Hector-Jobarteh the winner of gulder ultimate search season 3 winner….May your soul rest in peace and may the good God give ur fam fortitude to bear the lost ….He was shot to death by 2 unknown men in my street this morning.“ 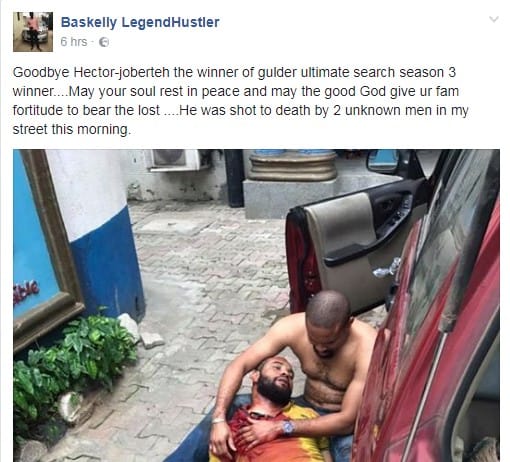 may his soul rest in peace!