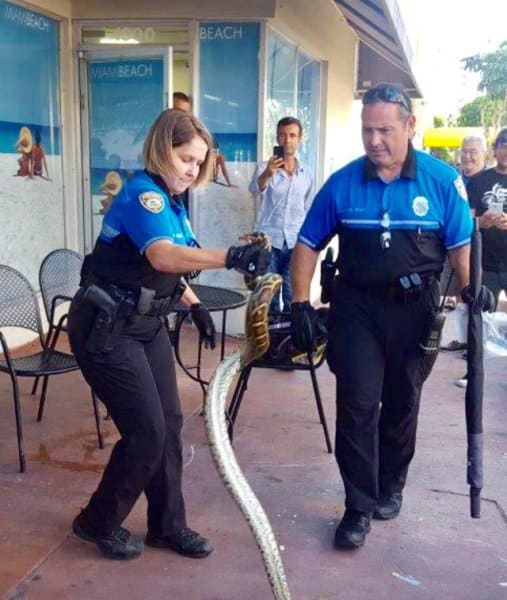 Police responded to a call on an emergency at a Miami Beach pedestrian mall about a python invasion and were shocked to find a six-foot long Burmese python that curled up at the base of a tree.

It was learnt that on Wednesday, customers were leaving a convenience store in the mall when the snake curled up at the base of a royal palm tree was signhted.

Someone then called the police who rushed to the scene and ensured the reptile was captured.

The Miami Beach Police Department chief, Daniel J. Oates tweeted pictures of the capture along with a caption, ‘Suspect apprehended’.

Suspect apprehended! Officers responded to a call of a 6ft snake just off Lincoln Road and safely captured it. #GoodWork pic.twitter.com/N5M2mq47T6

Miami spokesman, Ernesto Rodriguez, said that the snake would be returned to a wildlife refuge.