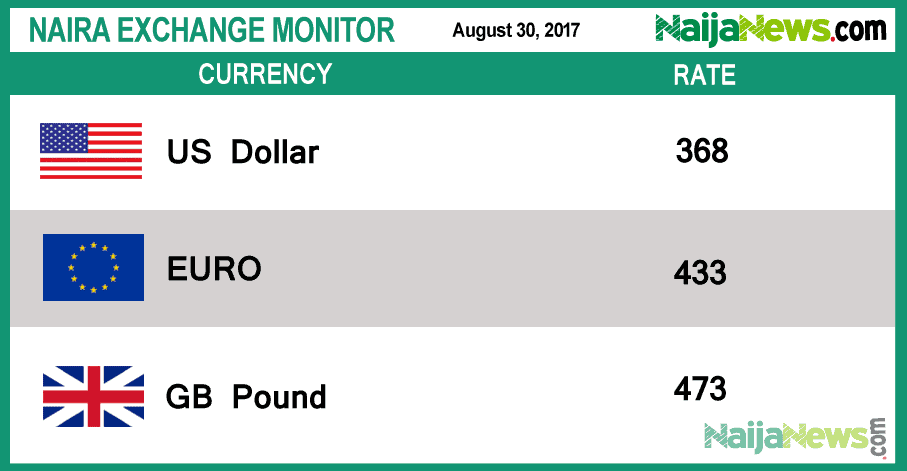 The Nigerian currency, Naira, yesterday, appreciated to N368 per dollar at the parallel market.

Survey showed that the parallel market exchange rate dropped to N368 per dollar from N370 per dollar.

The rate had been stable at N370 per dollar since two weeks ago.

However, the naira depreciated slightly by nine 9 kobo in the Investors and Exporters (I&E) window while the volume of dollars traded fell by 45 per cent.

Data from Financial Market Dealers Quote (FMDQ) showed that the indicative exchange rate for the I&E window, known as Nigeria Autonomous Foreign Exchange (NAFEX) rose to N359.67 per dollar yesterday to N359.58 per dollar on Monday.