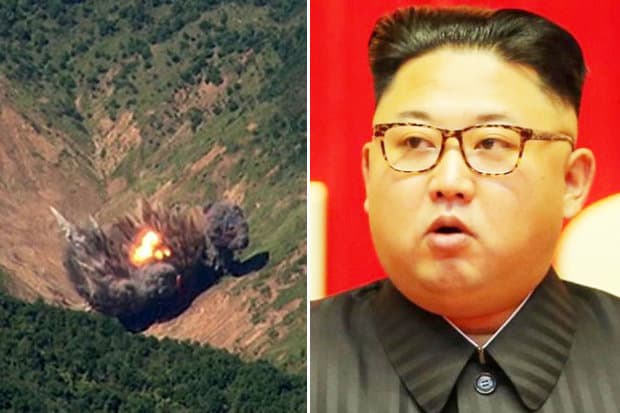 NORTH Korea leader Kim Jong-un could trigger World War 3 after he reportedly fired another missile into the Sea of Japan.

South Korea’s military said Kim’s regime fired the “unidentified projectile” from Pyongyang towards the sea at 5:57am local time.

But public broadcaster NHK said there was no sign of damage and the Japanese military did not attempt to shoot down the missile.

It passed over Japanese territory at around 6:06am local time before breaking into three pieces, officials in Tokyo said.

Meanwhile in a response to the attack, SOUTH Korea has dropped a series of bombs near the North’s border in a terrifying response to their missile launch.

The bombing was ordered just hours after North Korea launched three ballistic missiles, with one flying over northern Japan.

Four F15K fighter jets were ordered to drop eight MK84 multipurpose bombs on a shooting range near the North Korean border in Taebaek.