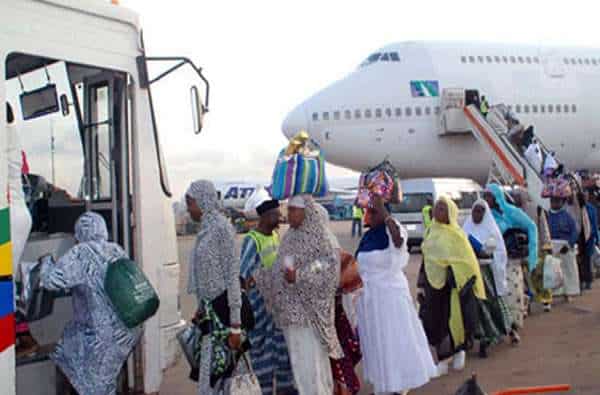 About 300 Katsina State pilgrims have rejected the accommodation secured for them by the state Pilgrims Welfare Board in Makka, Saudi Arabia.

The News Agency of Nigeria (NAN) reports that the pilgrims, who were on the ninth flight from the state arrived Makkah at about 4p.m. on Monday.

NAN reports that some of the pilgrims refused to go into the rooms allotted to them at the Dar al Sa’adatu wal Khair hotel, and instead camped at the Katsina state office in Makkah, where they passed the night.

The pilgrims claimed that most of the rooms had no air conditions and adequate toilets, with as many as 15 people expected to share one toilet facility.

However, the Chairman, Katsina State House of Assembly Committee on Hajj Monitoring, Alhaji Abdullahi Mahuta, urged the pilgrims to exercise patience, saying they had discussed with the hotel management to rectify the anomaly.

He also advised them to remain calm so as not to vitiate their Hajj by certain actions that may run counter to rules governing hajj obligations.

Mahuta urged the pilgrims to accept the accommodation as efforts were on to address areas of concern.

The State’ team Leader, Alhaji Mannir Yakubu, who is also the state Deputy Governor, had also visited the hotel and pleaded with the pilgrims to accept the accommodation.

He promised that all facilities lacking in the hotel would be provided within a short time.

NAN reports that in spite of the plea, some of the pilgrims said they would remain at the state office throughout their stay in Makka unless their grievances were fully addressed.