The Nigerian Senator was unceasingly interrupted by sections of Nigerians in the crowd while he giving a speech on stage.

Unflinching Melaye continued speaking while the crowd kept booing him to leave the stage with some even shouting “Ole (thief)” several times. 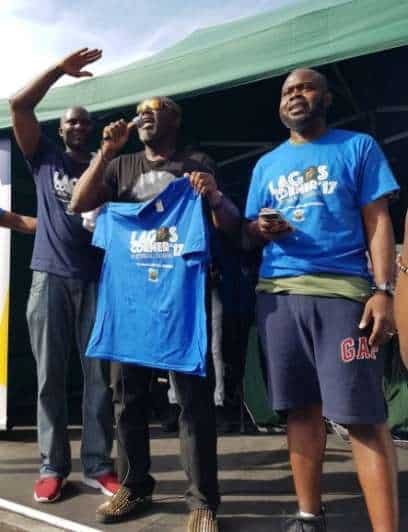 The lawmaker hurriedly ended his speech, leaving the stage with another rendition of his signature ‘Ajekun Iya’ song and dance targeted at “the enemies of Nigeria”.

In his address, the lawmaker had praised the country’s standing in the world and assured that it’ll be greater soon.

He said, “I congratulate Nigerians, and I say there’s no country like Nigeria. And for those of you who are here, you better come back home because very soon, by the grace of God, we’ll be greater.”

See how Nigerians Boo Senator Dino Melaye at the Lagos Corner of the Nottinghill Carnival pic.twitter.com/6U5Om6bozD