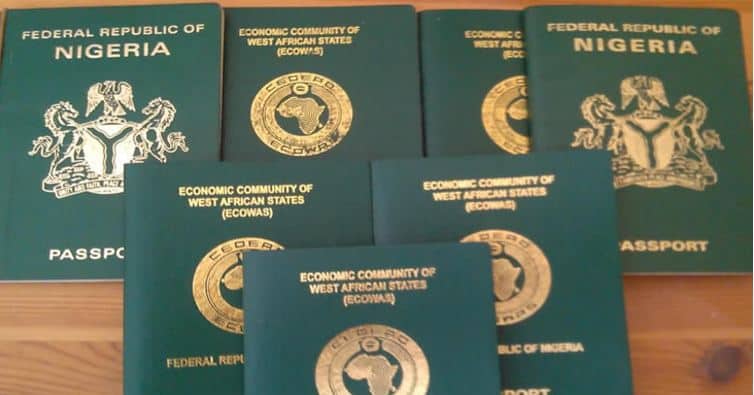 As part of efforts to eliminate corruption at all passport offices nationwide, the Nigeria Immigration Service has banned cash payments for passport processing.‎

Sunday James, NIS spokesperson, made this known in an interview with the News Agency of Nigeria on Monday in Abuja.

He‎ said that the Comptroller General of the NIS, Mr Muhammad Babandede, has directed that henceforth all payments for passport processing must be done online and through designated banks‎.‎

He said that the NIS boss had, in a circular, directed‎ all passport control officers not to allow cash payments in any of the passport premises.
‎
“All payments in respect to passport processing are to be done by applicants through banks to generate application ID and reference number on the NIS portal and not through an individual or touts,” James said.
‎
According to him, the NIS CG has also ordered an‎ investigation into allegations of passport racketeering at some passport offices in Lagos with a view to sanitising the system.‎

Read also: Actress Eucharia says she misses everything about her late son

“Passport applicants are therefore strongly advised to visit the NIS website www.immigration.gov.ng to confirm the approved fees for all categories of Nigerian Passports and age groups before making payments,” he added.

He said that the management of all passport offices have been directed to paste all information required at the premises to guide applicants in line with the executive orders.
‎

He advised Nigerians to direct any complaint or enquiries to 07080607900 and the email address [email protected]
‎
The spokesperson advised applicants against patronising touts or agents‎ in order to ensure efficient service delivery.
‎
The NIS boss had vowed to rid corruption in the operations of the NIS as part of efforts to reposition the Service and ensure efficient service delivery.