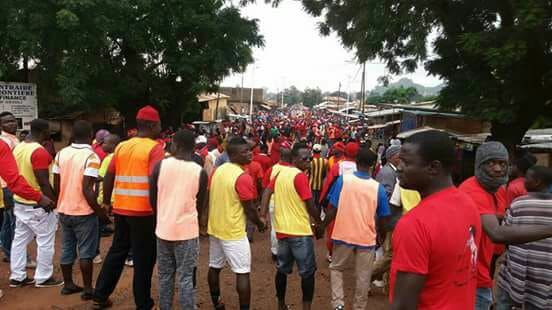 Citizens of Togo, yesterday trooped out in large volumes protest against Togo President.

The citizens asked President Faure Gnassingbé step down stating that the country was tired of a 50 years ruling by the Gnassingbé dynasty.