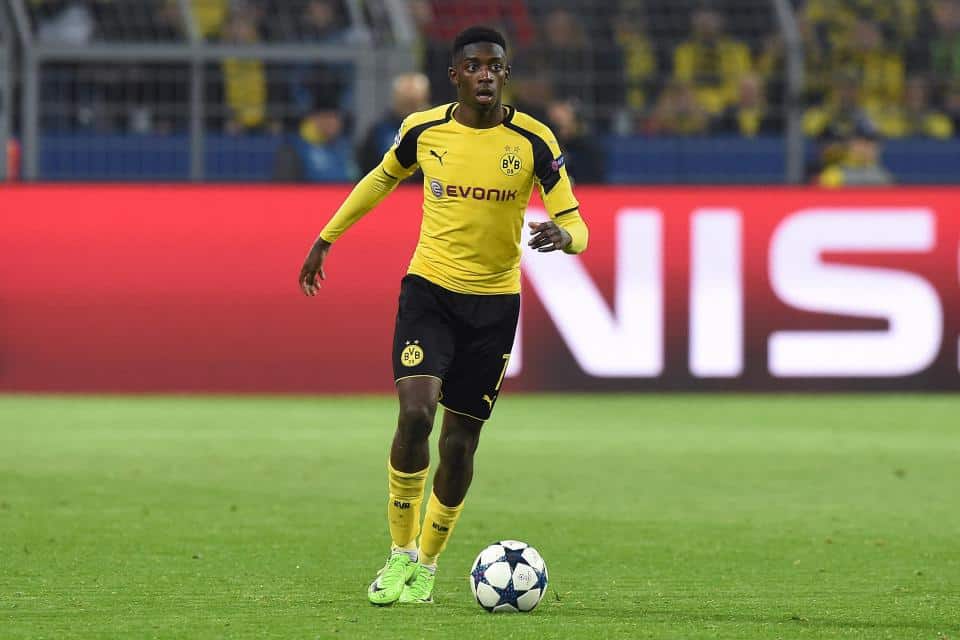 Borussia Dortmund striker Ousmane Dembele is reportedly set to sign for Spanish giants, Barcelona in a deal worth up to €150 million.

Goal reports that the France international will cost Barcelona an initial €120m, with Dortmund set to receive a further €30m in bonuses.

Dembele is expected to sign a five-year deal at Camp Nou once the deal between the two clubs is complete.

READ ALSO: Christiano Ronaldo is UEFA player of the year

Dembele moved to Dortmund in 2016 from Rennes, and quickly established himself as one of the stars to watch in the Bundesliga.

Barcelona have now identified the 20-year-old as an ideal replacement for their former Brazilian star Neymar who moved to Paris Saint-Germain for a world record fee.

With this news, Liverpool fans and officials might stand a stronger chance of retaining Coutinho at Anfield, having rejected several offers from Barcelona for their star player.

Dembele has featured up to 50 times for Dortmund, scoring 10 goals in all competitions.