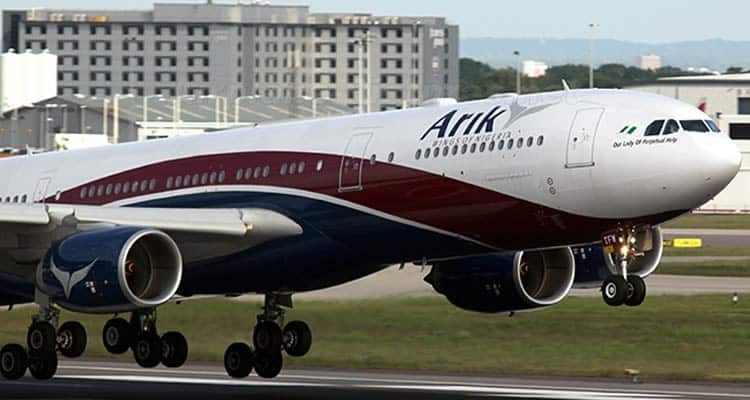 The former vice chairman of Arik Air, Anietie Okon, says the intervention of the Asset Management Company of Nigeria, AMCON, ruined the motives of some powerful people planning to take over the airline and sell it cheaply to themselves.

According to NAN, Okon made this allegation while speaking to newsmen in Lagos on Wednesday.

Okon said the group wanted to take advantage of the financial challenges facing the airline which aggravated due to the state of the economy.

AMCON had taken over Arik Air on February 9 as a result of its huge debt profile and appointed Roy Ilegbodu to manage the airline under the receivership of Oluseye Opasanya.

Okon said it had been difficult for the airline, which had the largest domestic fleet in the country, to obtain foriegn exchange for operations, adding that the difficulty affected other companies that relied on forex to sustain their operations.

He added that the consequences of the government not supporting the domestic airline industry includes job losses and weakening value of the naira as Arik had sold tickets for international destinations in naira while foreign airlines had traded in dollars.

According to Okon, Arik Air had 2,600 staff on its payroll while majority of the foreign airlines had only 10 Nigerians on their payroll.

“In other societies, government would have stepped in to save the airline by providing it and others support, knowing that the economic problem was a national issue,” he said.

Okon said the airline is currently operating less than 40per cent of its capacity.

He said the AMCON management was striving to keep the airline in operation, but at very low capacity due to lack of funds.