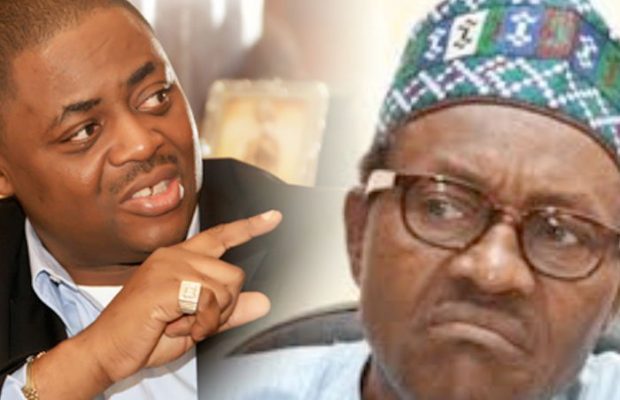 Fani-Kayode, described the broadcast as uninspiring, adding that the Commander-in-Chief should have used the opportunity to apologise to Nigerians over what he referred to as  the incompetence of his administration.

He expressed his displeasure on his blog on Monday.

According to the ex-minister, “During his thoroughly uninspiring six minute broadcast this morning (yesterday), instead of appealing to Nigerians for patience and understanding and instead of apologizing to them for the ineptitude and sheer incompetence that his government has displayed over the last two years, President Muhammadu Buhari has returned home after 105 days on his sick bed in the United Kingdom and not only insulted Nigerians but also threatened them.

“He made no attempt to reach out to the people, to build bridges and to calm the troubled waters in what is a traumatized and divided nation, and instead, he sought to intimidate and talk down on our people and his perceived enemies,”

“The President appears to have failed to appreciate the fact that times have changed and that he cannot impose his will on others. If he wants to enhance national unity, which is, of course, a noble and righteous venture, and if he really wants Nigeria to remain one, then he must desist from his dangerous and provocative rhetoric; he must treat all Nigerians like human beings and as equals; he must exhibit a much higher degree of sobriety and accommodation of contrary and dissenting views, and he must display far more sensitivity, understanding, and restraint in his interactions and discourse with the opposition and those that do not agree with him.”

Fani-Kayode also condemned the President’s refusal to order the arrest of individuals issuing quit notice to a section of the country.

He said, “Worse of all, other than saying that every Nigerian has the right to live in any part of the country, which in itself is undoubtedly a welcome and gratifying assertion, he refused to order the arrest or threaten to cage and bring to justice those that gave the Igbo people a chilling quit notice and that have promised to unleash genocide, ethnic cleansing and mass murder on them if they refused to abide by it and leave the north by October 1st.

“This strange omission and instructive refusal by Mr. President is unacceptable, and it feeds into the narrative that there may well be some frightful hidden agenda unfolding.

Meanwhile, the People’s democratic party have also found fault with the six minute broadcast, saying the president “missed a golden opportunity to reconnect with the people”.