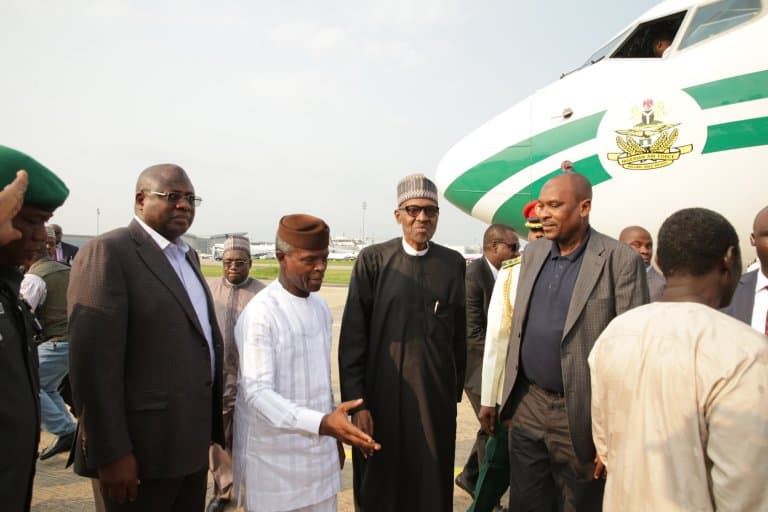 President Muhammadu Buhari has arrived the Aso Rock presidential villa, after returning to the country from London on Saturday.

He was received Yemi Osinbajo, Acting President, and other key officials of his government.

President Buhari arrives residence, taking a walk and is welcomed by AgP Osinbajo & others already waiting there, ahead of him from airport pic.twitter.com/vYLE73fQ0G