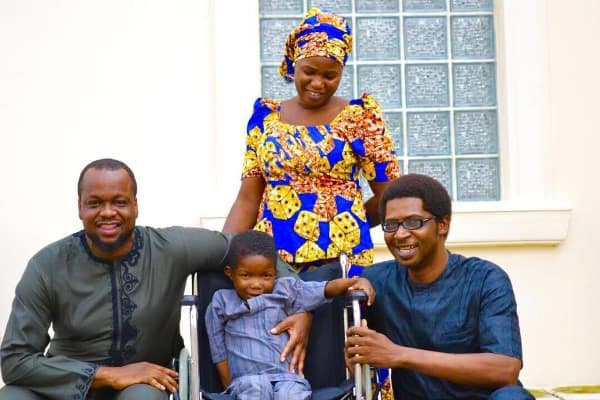 A six year-old boy from Chibok, in Borno State, identified as Ali Ahdamu, paralyzed by Boko Haram three years ago, has the chance to be on his feet again.

A charity group based in Abuja, Dickens Sanomi Foundation, has offered to pay the medical bill of the boy, identified as Ali Ahmadu.

Boko Haram militants had run Ali over during an invasion of the town where 275 schoolgirls were kidnapped by the terrorists the same year.

The medical bill for the spinal cord surgery to enable young Ali to walk again, is $48,000 (N14,640,000.00). Surgery will take place at a medical facility in Dubai, United Arab Emirates, according to a statement by the Foundation.

“Ali needs corrective surgery to enable him walk again after he was over ran with a motor cycle in Chibok by Boko Haram members during a night raid,” said Nuhu Kwajafa, the coordinator of Global Initiative For Peace, Love and Care (GIPLC), an NGO spearheading the campaign for the medical aid of the young victim.

READ ALSO  Ezekwesili Hints On Running For Presidency In 2019

Mr. Kwajafa said the total requirement needed for the complete treatment of Ali was put at $60,000.00 (N18,300,00.00), including feeding, accommodation for three months. Mr Kwajafa expressed his thanks and appreciation to the National Assembly and all well meaning Nigerians for their support and contribution, thus far.

Members of the GIPLC were at the Dickens Sanomi Foundation office in Abuja as part of the initiative to ensure that young Ali walks again.

They were received by Chairman of the Foundation Igho Sanomi and Trustee members.

Chairman of the Foundation, Igho Sanomi, who is also the chairman of the energy company Taleveras said, “as a father, it is very touching to see a young boy like this suffer. It is sad what some of our kids have to go through. This is an opportunity for us to show our love to those who need it.”

“Although, education remains the key focus of the Foundation, kids have to be healthy before they can attend school. On behalf of the board of trustees of Dickens Sanomi Foundation, we will take care of Ali, this will include paying the Hospital bill and we will visit him in the Hospital after the surgery.”

The Dickens Sanomi Foundation (DSF) was founded in 2011 by the children of Dickens Oghenereumu Patrick Sanomi.

It serves both to commemorate the life of the family’s patriarch and to provide charitable support for that particular objective upon which he placed such great value, the education of Nigeria’s youth.

The resources of the Dickens Sanomi Foundation are used to deliver and support charitable projects whose aims and activities are in accord with this objective.

Examples of these include essay competitions, musical outreach programs and literacy awareness campaigns. Through this work, the Dickens Sanomi Foundation seeks to relieve the effects of socio-economic hardship amongst young Nigerians from vulnerable backgrounds, and to empower them with the knowledge they need to secure a brighter future for themselves and for Nigeria as a whole.

I found this interesting