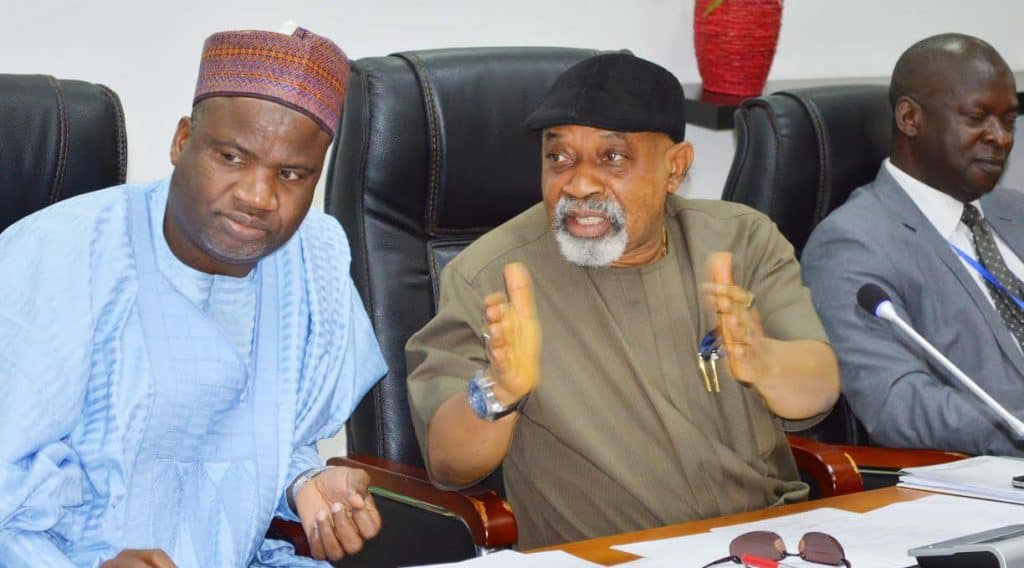 A meeting targeted at finding a lasting solution to the on-going strike action, held at the Minister’s Conference Room, Ministry of Labour and Employment, Federal Secretariat,Abuja, with the Federal Government and the leadership of the Academic Staff Union of Universities on Tuesday presenting different views on the parley involving both parties over the strike by university teachers.

The ongoing industrial action by members of the Academic Staff Union of Universities (ASUU) enters its third day today.

Rising from the meeting, the Federal Government said significant steps were taken at the meeting towards the resolution of the issues raised by ASUU, but the President of the union, Prof Biodun Ogunyemi, said it was a “mere consultation.”

He said, “We have not yet had a formal meeting (with government); we are still making consultation. Don’t worry; I will get back to you when there is information. But there is no information for now.”

He said the meeting held took significant steps towards the resolution of the issues raised by ASUU.

However, the meeting continues on Thursday August 17, 2017.

As earlier reported by Naija News, Olowookere said the meeting agreed on the forensic audit of N30bn earlier given to ASUU in 2010 and further agreed on monthly remittances to ASUU while the audit lasts.

He said, “The Minister hence wishes to assure members of ASUU, and indeed all Nigerians that government is already at work to resolve all outstanding issues in line with the resolve of the present administration to cast any form of disruption of universities’ academic calendar into the dustbin of history.

Meanwhile, the Senior Special Assistant to the President on Media and Publicity, Garba Shehu,in an interview on Channels Television’s programme, Sunrise Daily, has described the ongoing strike action as “totally unnecessary”

“Since President Buhari assumed office, he has sent words out there in form of a warning to all government institutions that they should not go into negotiations and agreements that they cannot pay for; but get clearance.

“I understand that they are talking about debts owed their members to the tune of N850bn. If I am correct, the entire appropriation for the Ministry of Education for this year is N369bn. So where do they want us to get the money from?

“We have inherited these agreements and we are not running away from them. Government has set up a committee led by (Dr Wale) Babalakin. They are already sitting. Why didn’t they sit down and negotiate?

“This strike is totally unnecessary. The issues can be resolved, especially where we have full understanding of where we are coming from. The governments that signed those agreements did not deem it fit to implement because the capacity was not there.

“If they are ready, they can sit down and discuss with the committee that has capable and qualified people as members.”

“They want all the problems to go with a wave of the hand. They want all the answers to all their problems at a go. There is an avenue that the government has opened for them for dialogue and it is not closed yet,” the presidential spokesman said.

In a related development, the Academic Staff Union of Polytechnics on Tuesday expressed support for the strike embarked upon by ASUU while threatning to embark on a solidarity strike if its demands were not met as well.

This is contained in a statement by its Secretary General, Anderson Ezeibe, who noted that the strike was aimed at restoring sanity to Nigerian universities and the education sector in general.

“While we are in unconditional solidarity with ASUU in this struggle to restore sanity to Nigerian universities, we are calling on the government to commence without further delay the implementation of agreements entered into with ASUP to forestall an impending crisis in the polytechnic sub-sector.”