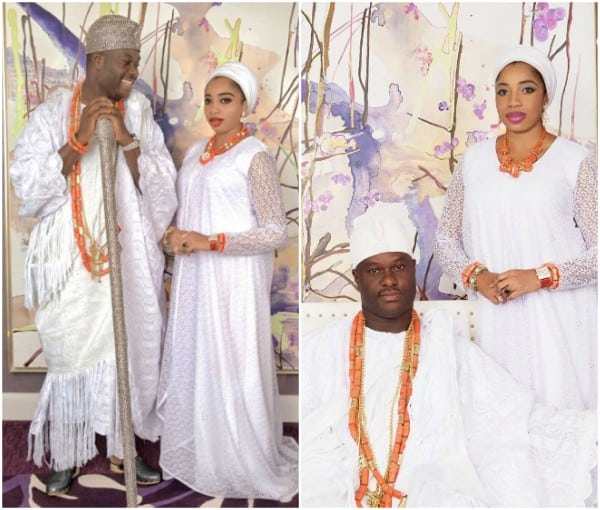 Several media rumours had it that the 17 months old marriage of the Ooni of Ife, Oba Adeyeye Enitan Ogunwusi Ojaja II and Queen Wuraola-Zynab Ogunwusi has hit the rocks.

However, in a reaction through his media aide, the Ooni has totally debunked the rumours saying that he and his wife have a happy marriage. According to the king’s media aide, the palace was not aware of the rumour until it was contacted for an interview.

The media aide in an exclusive interview with Naij, said:“There is no truth to the news, it is unimaginable. We would issue a statement on the matter soon.” “This is total jungle journalism and whoever writes such should not be regarded as a journalist at all…The palace is not interested in this rumour as there are lots of positive activities happening every minute so we don’t have time to respond to such noise being created by nonentities.”