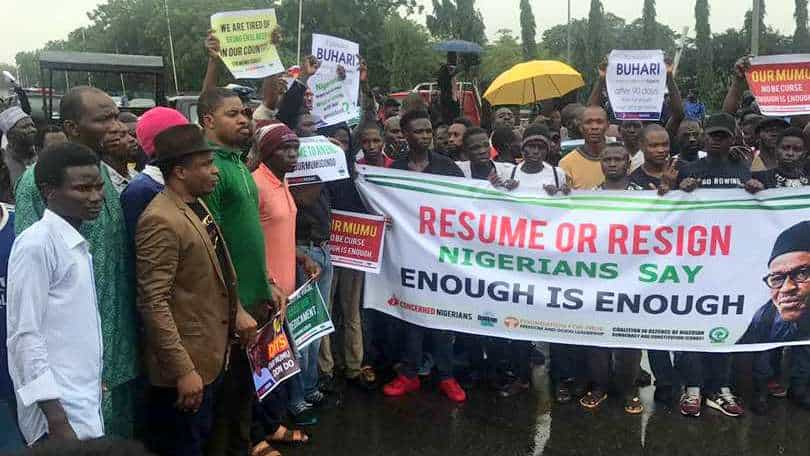 Charles Oputa, a.k.a Charly Boy, a veteran entertainer, the leader of anti-buhari #ResumeOrResign protest has been attacked by President Muhammadu Buhari’s supporters at the popular Wuse market in Abuja.

Recall also that the entertainer and his fellow protesters were on Tuesday, last week attacked by the police who fiercely dispersed them from the Unity fountain, in Abuja.

A witness, who is a trader at the market disclosed that Charly Boy came to the market to entrench his #ResumeOrResign protest, demanding President Muhammdu Buhari who has been on medical vacation in London for 100 days to either resume work or tender his resignation.

The source added that Charly Boy came to the market with some cameramen and was chased by angry Hausa boys in the market, who were ready to lynch him.

“I was standing in front of my shop when I saw him running for his dear life, being chased by those youth.”

“They nearly lynched him, because those youth almost overpowered police security near him.”

Another source who witnessed the incident said, “Charly Boy caused it, how can he come here to be talking against Buhari.

“Those Hausa boys dealt with him.”

It was gathered that he was rescued by the police who fired gunshots and tear-gas to disperse the mob.

The police later went to the market to evacuate Charly Boy’s vehicle using tear-gas to disperse the protesters who tried to hinder them.