It is exactly 100 days since President Mohammadu Buhari left Nigeria on the evening of Sunday, May 7, 2017 for medical treatment in London and handed over to Yemi Osinbajo as Acting President.

In his absence, so many things have happened in the country, some winning the Acting President accolades and others leaving Nigerians wondering whether things might have been different were the President in the country.

Here are 10 of such events:

On June 12, Acting President Osinbajo signed the N7.44 trillion 2017 budget into law, a substantial increase from the N7.1 trillion budget proposal presented before the National Assembly by Buhari.

The budget was not without its own drama as some ministers, including Babatunde Fashola of the Ministry of Power, Works and Housing, lamented the arbitrary slashing of funds for critical projects in their ministries.

To sum it all, Abdulmumin Jibrin, suspended former Chairman of the House Committee on Appropriation, said that by signing the budget document, Osinbajo had played into the hands of the cabals in the National Assembly.

On July 20, Osinbajo wrote to the legislators requesting for a N135 billion virement in the budget.

On July 26 and 27, the two chambers of the National Assembly successfully completed their respective constitution amendment exercises by voting on key sections of the 1999 Constitution that had been amended.

Among the many changes, the lawmakers rejected the devolution of powers to state governments as well as 35% affirmative action women appointees. However, the legislators passed the amendment of immunity for lawmakers for actions taken in the course of their duties. They also passed the not-too-young-to-run bill, which seeks to reduce the constitutional age requirement for running for elective positions in the country. 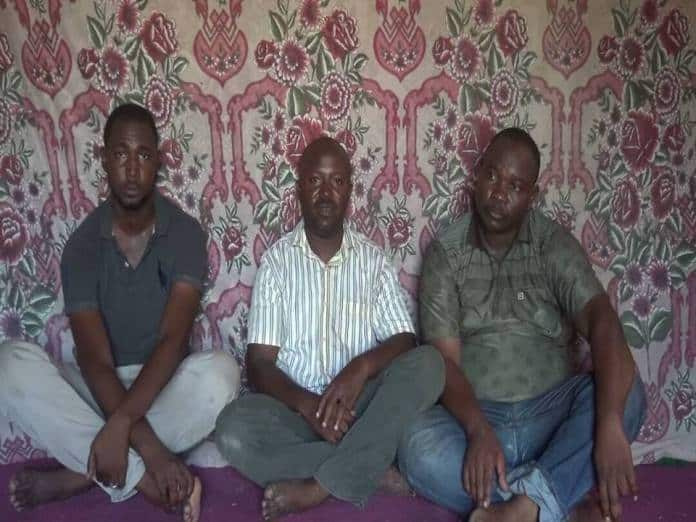 On July 27, Boko Haram attacked a team of the Nigeria National Petroleum Corporation (NNPC) that was exploring for oil in the Lake Chad basin.

More than 50 members of the team, including security escorts were killed and a few others were kidnapped. Three of the kidnapped victims were later shown in a video by the terrorists.

About a month earlier, precisely on June 20, the terrorists had also ambushed a security convoy escorting travellers along the newly reopened Maiduguri-Biu Road.

The convoy also consisted of a team of police officials conveying the corpse of a police sergeant who died of natural cause to his home town for burial. A number of female police officers were kidnapped in the incident, and a propaganda video was released by the terrorists days later.

None of the kidnapped persons, either the NNPC workers or of the police officers, have been rescued or released.

4. ARREST OF EVANS, KILLINGS BY BADOO

The months of June and July were dominated by one incident after another of killings by a dreaded cult group called BADOO in Ikorodu, Lagos state.

The cultists specialised in smashing their victims’ heads with a rock or club and then mopping their blood with a white handkerchief, which they allegedly sold to ritualists. A blood-stained handkerchief was known to cost between N150,000 and N500,000.

So regular was Badoo in the news at the time that the ICIR detailed everything anyone may need to know about the cult.

But perhaps the biggest story in June in terms of security was the capture of kidnap kingpin, Chukwudumeme Onwuamadike, also known as Evans.

He was arrested by a crack team of police officers on June 6, following the escape of one of his victims from whom the kidnapper was demanding €1million.

Evans, perhaps owing to the recent crash in the Naira, only collects his ransom in hard currencies. Before his arrest, more than three of his previous victims had paid $1 million respectively to regain their freedom.

The federal government officially declared the outbreak of meningitis over on June 26, after the disease had killed 1166 people over 23 weeks in 25 (mostly northern) states of the federation.

But health experts found little or nothing to celebrate at the news, especially given that Lassa fever was still claiming lives in as many as 17 states across the country.

As of 9 June 2017, a total of 501 suspected cases, including 104 deaths, had been reported since the onset of the current Lassa fever outbreaks season in December 2016, according to a report by the World Health Organisation.

6. NIGERIA BEGAN EXPORTING YAM TO THE US AND UK

Audu Ogbeh, Minister of Agriculture, flagged off the first consignment of yam exports to Europe and the United States on June 29, as part of efforts to diversify the  economy.

“Oil and gas cannot employ millions of people just like agriculture so we must work hard to move from oil to earning foreign exchange from agriculture,” Ogbeh said during the flag-off ceremony.

But some Nigerians think the move will further drive up the cost of yam, which is one of Nigeria’s most common staple foods. As Bolanle Akintomo, a Lagos housewife, put it: “The (yam export) policy is going to compound our suffering. A tuber of yam that used to sell for between N200 and N300 is now N1,000.”

Fortunes turned around for the opposition Peoples Democratic Party (PDP) when the Supreme Court sacked Ali Modu-Sheriff as National Chairman on July 12 and upheld the leadership of the Ahmed Makarfi-led caretaker committee.

This happened few weeks after Doyin Okupe, former spokesman to ex-presidents Goodluck Jonathan and Olusegun Obasanjo described the PDP as having reached “menopause” and therefore incapable of bearing fruits any longer

However, the Supreme Court ruling has led to a resurgence in the PDP, which held its non-elective national convention on Saturday, August 12, at the Eagle Square in Abuja.

Among the major happenings at the PDP convention was the official kick-off of the 2019 presidential campaign of Ayodele Fayose, the Governor of Ekiti State.

The protracted issue of the alleged removal of Christian Religious Knowledge (CRK) from the curriculum of primary and secondary schools was finally settled.

First, as fact-checked by the ICIR, CRS was not removed from the curriculum but was rather merged with Islamic Religious Studies (IRS), and embedded in a broader subject titled Religion and National Values (RNV).

But Adamu Adamu, Minister of Education, would later agree that water and oil could not mix hence the need to separate both subjects

Meanwhile, the Academic Staff Union of Nigerian Universities (ASUU) commenced an indefinite strike on Monday, August 14, 2017, citing FG’s refusal to implement the agreement and Memorandum of Understanding it reached with the union in 2009 and 2013 respectively.

9. AREWA YOUTH TOLD THE IGBO TO QUIT THE NORTH

On June 6, some members of the Arewa Youth Consultative Forum (AYCF), led by one Yerima Shettima, issued a ‘quit notice’ to all the Igbo in Northern Nigeria with an October 31 ultimatum.

“With the effective date of this declaration, which is today, Tuesday, June 6, 2017, all Igbo currently residing in any part of northern Nigeria are, hereby, served notice to relocate within three months and all northerners residing in the South-East are advised likewise,” the group said.

Though the development drew condemnation from Osinbajo and governors of the 19 northern states, there still remains an air of uncertainty and fear among Igbos residing in the north. Their apprehension was further heightened last week after an anti-Igbo song began circulating in some northern states.

Also, the quit notice further fueled the Biafra agitation in the South-East region of the country, as members of the Indigenous People of Biafra (IPOB) declared “total support” for the ultimatum.

On August 8, the Economic and Financial Crimes Commission (EFCC) published all the loot that had so far been traced to Diezani Alison-Madueke, former Minister of Petroleum Resources.

According to the anti-graft commission, a total of N47.2 billion and $487.5 million in cash and properties (excluding diamond, gold and silver jewelries worth millions in hard currency) had been recovered from the ex-minister.

This included, among other things, a property in Banana Island, Lagos for which Alison-Madueke allegedly paid the sum of $37.5 million in cash deposit.