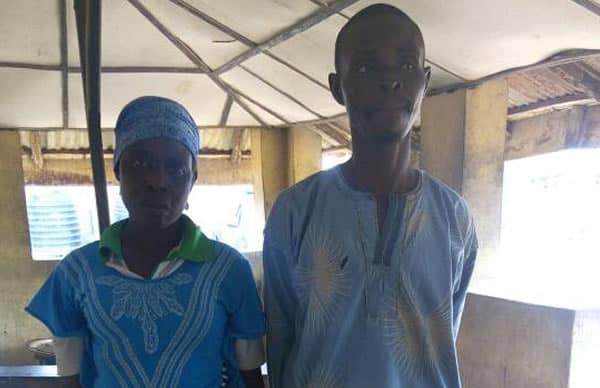 Ogun State Police has arrested a Nasiru Adeyemo and his wife, Idayat, for allegedly cutting off one of the fingers on the right hand of a seven-year-old girl, Abibat.

7-year-old Abibat is the daughter of Adeyemo from another woman; while Idayat is her stepmother.

Police report hints at the couple probably chopped off the girl’s finger for ritual purposes.

The State Police Public Relations Officer, Abimbola Oyeyemi, revealed that after severing Abibat’s finger, the suspects allegedly tied her up in a sack and disposed her in a bush by the roadside at Asabala area, along the Papalanto/Sagamu road.

According to Oyeyemi, “The suspects were arrested following a distress call from members of the public that a strange load in a sack was sighted by the roadside at Asabala area along the Papalanto/Sagamu road.

“On the strength of the information, the Divisional Police Officer, Owode Egba Divisional Headquarters, Shehu Alao, led his men to the scene where the load which was inside a white rice sack was untied.

“Surprisingly, it was a seven-year-old girl, with one of her right hand fingers already cut off. She was tied up and put inside the sack and dumped at the roadside since last Friday.”

The police PRO added that the girl was still alive, and she was promptly taken to the hospital for medical treatment. 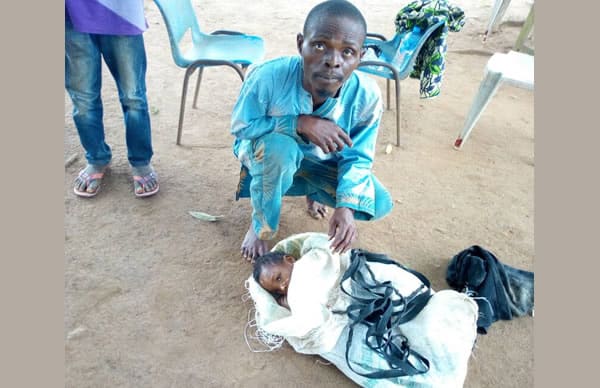 Oyeyemi disclosed further that upon Abibat regaining consciousness, she informed the police that her father and stepmother were the culprits who cut off one of her fingers before tying her up and stuffing her inside the sack, after which they dumped her in the bush, probably to die there.

Consequently, the state Commissioner of Police, Ahmed Iliyasu, has directedthat the case be transfer for further investigation and possible prosecution of the suspects.