Charly boy and his men entered Wuse market in Abuja mid-morning on Tuesday but what ensued afterwards was a clash that eventually assumed ethnic dimension.

Charly Boy has been leading a protest against President Muhammadu Buhari to either resume or resign.

According to ICIR that Charly Boy rode into the market on a power bike, accompanied by two cars. When he alighted, people started gathering around him.

Within few minutes, a huge crowd had formed around him and he started addressing them. While Charly Boy was still talking to the crowd, some people started throwing sachet water at him and shouting “Sai Baba” in apparent support of Buhari who has been abroad on medical vacation for 100 days.

One of the witnesses said the men who were throwing water went ahead to grab and tear Charly Boy’s shirt. Those attacking him were identified as “Hausa boys”.

Another witness said Igbo traders intervened to free Charly Boy from the crowd and he was able to escape with the aid of his power bike. 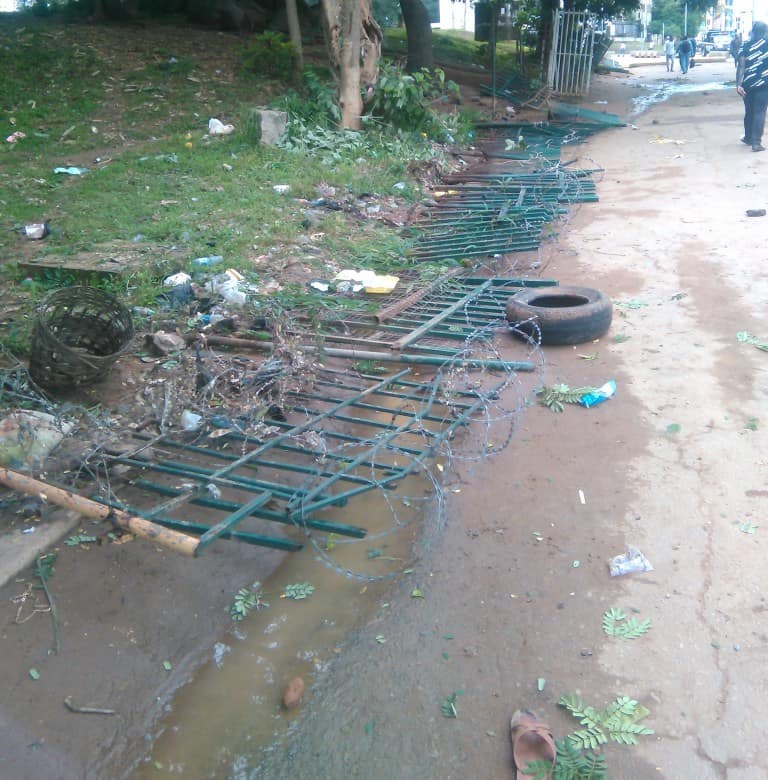 The irate men then vented their anger by vandalising the two cars left behind by the entertainer. This created pandemonium, which led to the closure of the market.Witnesses said as the market was closed and the so-called Hausa boys gathered by the entrance of the market, chanting “Sai Baba” and making anti-Igbo comments

“The Hausa boys started throwing stones at Igbo traders who were in a garden opposite the market,” the witness, a trader, said. “The Igbo responded by throwing the stones back at them.”

With this unfolding violence, people started running away to direct directions.

A man was said to have been critically wounded by the stones and the police rushed him to hospital. Many others were wounded.

Witness said when the exchange of stones became intense, the traffic welders at the market junction ran away, saying they did not have guns to confront the rising violence.

It was confirmed that three policemen accompanied Charly Boy to the market, but they were unable to do anything.

The witness said there were other policemen who had guns were at the entrance of the market at the start of the violent exchange of stones, but they were probably outnumbered to do anything, thereby leaving the situation to degenerate.

When the ICIR arrived the scene, a crowd was advancing from the market towards the Berger Junction, some of them wielding sticks.

A reinforcement of policemen and officials of the Nigeria Security and Civil Defence Corps (NSCDC) eventually quelled the violence.