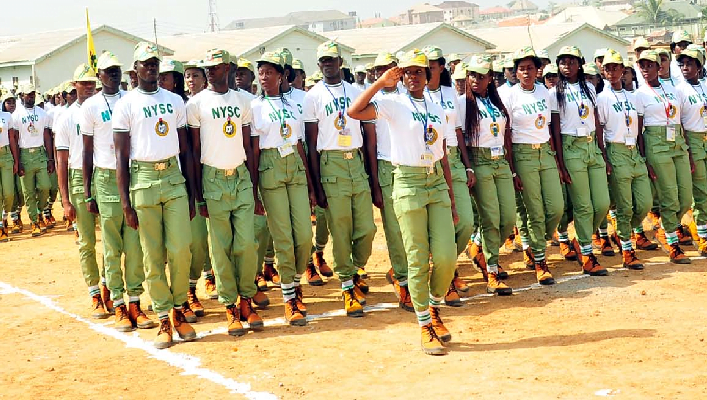 A cross section of corp members

109 corps members posted to Jigawa in the Batch `A’ Stream have been redeployed to other states.

The Jigawa state NYSC Coordinator, Michael Amolo, made the disclosure on Monday in Dutse, when NYSC Director General, Brig-Gen. Zakari Kazaure, paid an inspection visit to the NYSC camp.

“Among those redeployed were 25 pregnant women, 11 nursing mothers and 73 others with health challenges,” Amolo said.

He said that the affected corps members were redeployed after management considered their pleas and found them genuine and legitimate.

In his response, Kazaure, who was represented by Mrs. Adetun Makinde, Director, Human Resources Management, NYSC headquarters, Abuja, advised corps members to respect the religion, culture and tradition of their host communities.

He also urged them to take advantage of the Skill Acquisition and Entrepreneurship Development (SAED) programme to prepare for a more productive life after the service.