-Another lady accuses Usher of infecting her with Herpes

Following the allegation made against Usher in July 2017 on him infecting an undisclosed lady of Herpes, another American has come forward with similar claims.

A woman, Quantasia Sharpton, has alleged that the ‘Caught Up’ singer violated her by not letting her know he allegedly has the herpes  virus.

Speaking  at a press conference in New York, Sharpton disclosed that she  attended one of his concerts to celebrate her birthday with friends when she was ‘selected’ to go backstage. 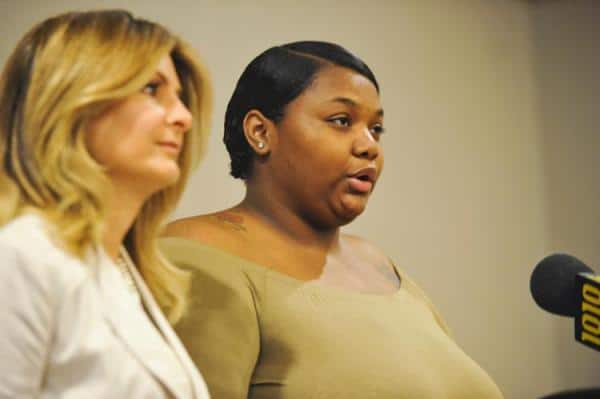 She added that his security picked her up and told her Usher had noticed her while backstage and would like to hook up, NET reported.

The security collected her number and later on, she and Usher met at a hotel where she maintains they had sex without him informing her of any STDs he may have had.

Present with Sharpton at the press conference was her lawyer, Lisa Bloom, who stated she would be filing a lawsuit against Usher, on behalf of two women and a man who claim to have had sexual contact with Usher.

Bloom says the lawsuit is aimed at obligating Usher to reveal whether or not  he has herpes before having sexual relations with any other individual in future.

The lawyer also noted that one of the accuser’s lab results for herpes returned positive, though she did not discloseif it was as a result of sexual contact with Usher.

Usher meanwhile has not confirmed or deny he has the virus, while his wife reportedly stated she is not bothered by news about the singer having the disease.

Chris Brown Captivated as Rihanna shines bright like a Diamond