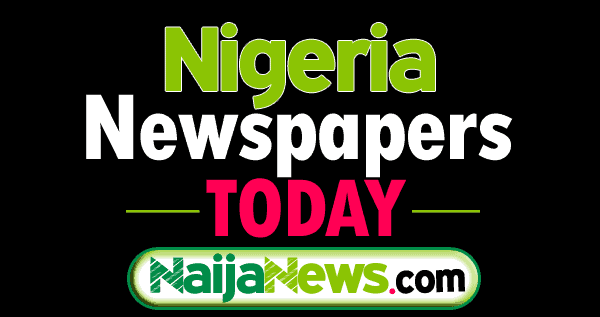 Welcome to NaijaNews.com, here is a summary of Nigerian Newspaper headlines for you today Sunday, 7 August, 2017.

It was a bloody Sunday in Anambra State, yesterday, as unidentified gunmen invaded St Philip’s Catholic Church, Amakwa Ozubulu in Ekwusigo Local Government Area of the state, killing no fewer than 35 worshippers and injuring scores of others now receiving treatment in different hospitals in the state.

A man in his mid-forties was, weekend, killed by unknown gunmen that invaded Atongo village in Katsina/Ala Local Government Area of Benue State.

Falana asks Saraki to return pension, house given to him by Kwara govt

LAGOS—Human rights lawyer, Mr Femi Falana, has called on Senate President, Bukola Saraki, to return the entire pension he received since 2007 from Kwara State government to the state.

President Muhammadu Buhari on Sunday night made a telephone call to Gov. Willie Obiano of Anambra to commiserate with him and people of the State over the Ozubulu church attack.

President Buhari Is Down With Cancer – Sahara Reporters

According to the online newspaper, sources close to his inmost associates had long told the site that the president was beset by cancer.

Anambra Church Killing: Here Is The Man Gunmen Came For

However, there are claims on social media that the attack was a spillover of a drug related feud, between two Ozubulu brothers who live in South Africa.

Related Topics:Nigerian Newspapers
Up Next