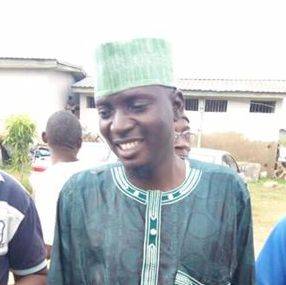 A 37-year-old primary school teacher in Kwara State, Biodun Baba, who was arraigned before a magistrates’ court in Ilorin for allegedly insulting Senate President Bukola Saraki on Facebook, recounts his ordeal in this interview with SaharaReporters.

Tell us about yourself.

I was born in 1980. I attended LGEA Primary School, Elemere, Malete in the Moro Local Government Area of Kwara State. I went to Awanga High School in Shao town between 1994 and 2000. I later went to the Kwara State College of Education, Ilorin from 2002 to 2004, where I obtained the Nigerian Certificate in Education (Political Science). I thereafter proceeded to University of Ilorin to do a sandwich programme in Guidance and Counselling between 2008 and 2013. My father’s name is Abdullahi Baba, while my mother is Sarat.

Why were you charged to court?

I commented on a post on the Facebook page of the factional Chairman of the Peoples Democratic Party in the state, Akogun Iyiola Oyedepo.

What did you write?

Oyedepo had posted on his Facebook page the day that the Senate President was discharged and acquitted by the Code of Conduct Tribunal, and I wrote in the comment section that if, “somebody believes that he is above everybody, he is not above the judgment of God. If Saraki has been discharged by the CCT, has he been discharged by God?” Abdulazeez Azeez, a chieftain of the All Progressives Congress, was particularly angry when he read my comment. He went to the elders of the party in my ward to report me, saying I abused the Senate President. I told them that I did not abuse him and that I just commented on someone else’s post. I told them that I merely exercised my freedom of expression. They called a meeting of the executives of the ward to discuss the matter. At the end of the meeting, they announced my suspension from the All Progressives Congress for three months.

When were you suspended?

That was about a week after my Facebook post. I have not been recalled up till now. After that, there was another post on Facebook which I shared. The message was: ‘Presidency, Osinbajo replies Saraki on Magu issue.’ I was not the one that wrote it but I shared it. They saw it on my wall, so they expressed anger again and accused me of posting another message. They summoned me to another meeting at my ward. From there, they said they would expel me totally from the party. They went to the APC local government secretariat and summoned me to the place, I went there to explain myself. I told them I wrote the first one but that I just shared the second one. They did not agree with me because it appeared that the ward chairman had poisoned their minds. After that, we went to the state secretariat of the party to meet all the stakeholders there. They included the state Chairman of APC, Mr. Jimoh Adesina; Mr. Isiaka Oniwa; Mr. Ishola Bolagun-Fulani; and the woman leader, Ramat Oganija, among others.

The ward chairman brought a lot of people to testify against me. I was the only one on the other side. They said a lot of things about me. They searched for my name and accused me of abusing Bukola Saraki when he was turbaned as the Baba Adinni. They alleged that I wrote many things which I did not write. Again, the state party executives did not believe me. One of them, Oniwa, stood up from where they were seated and asked me where I was working. I said I worked at the LGEA Primary School in the Moro Local Government Area of the state.  He then shouted, ‘Ahh! I am the one that built that school. I will expel you from that job. I will fire you from that job.’ He sat down. It was at that point that Adesina stood up and vowed to use his personal money for my prosecution because I (allegedly) abused the party leader in the state. He is the one that took me to court.

After that, one of those on the high table said, “This case will not stop here. Let us call security officers to arrest this boy.” He was referring to me. They called the Department of State Services to arrest me on that day. Two officials of the DSS came and dragged me to their office in Ilorin. They gave me a form to write an undertaking that I will never abuse the senate president again. That was what I wrote. Three days after, I got a call from my headmaster that the Secretary of the Local Government Area Education Primary School had said he should fire me. I immediately went to the secretary to confirm whether it was true or not. When I got there, he confirmed that the secretary was asked to fire me. My parents and family members were worried that they would fire me from my job. They took me to Oniwa to beg him. Initially, I refused to follow them, but they prevailed on me. At the end of the day, he agreed to look into the case.

But they have expelled you from APC?

Do you regret your action?

Regret? No. I do not regret my action.

Were you involved in political activism or union activities during your school days?

I was not involved in any.

How did you get involved in social media activism?

I cherish the way a lot of people use social media. It enlightens and exposes me to many things. We can use social media for social re-engineering and to positively affect governance. It is part of people’s contributions to national development, especially when it is used to check the excesses of our leaders.

How did your family members handle your ordeal?

They were really apprehensive because they were afraid that nobody in Kwara State could defeat Saraki in the court of law. Apart from this, they also believed that nobody could abuse Saraki and go scot-free. My family members were really angry with me. However, some people advised them not to be afraid and assured them that some lawyers would support me.

Were there other sad experiences you went through apart from the litigation?

Some people lied against me, saying I wrote a letter of apology, in an attempt to swing the case in their direction. A letter was hurriedly written a night before the day I was to appear in court alleging that I had apologised. The letter went viral and people shared it on social media. Unfortunately, when I appeared in court the next day, they did not come with that letter, I was expecting them to say in the court that I had apologised but that did not happen. Even the online medium that published the fake apology letter refused to present the actual letter that I allegedly wrote and signed.

At no time did I write any apology letter. I posted the message on my Facebook page based on my conviction. I expect my children to follow my example as I believe that I did the right thing. I was guided by the provisions of the law and I did not go outside the law to do anything. We should put the government on their toes.

Now that you have been expelled from the APC, what is your next political move?

I still remain a member of the APC, despite my expulsion, but I cannot participate in the party’s activities. The expulsion cannot stand because it did not go through the normal process. It is a form of persecution from people who do not like my face because I am the Assistant Secretary of the party at Gambari Ward 1. My expulsion was orchestrated by an APC chieftain in the state, Adesina.

What do you make of the show of solidarity you enjoyed while your trial lasted?

It showed that we have reached another level in our political evolution in Kwara State. This matter has shown that not again in Kwara will people suppress others who criticise them. Why should people be averse to criticism? I advise Kwarans to speak more. We have been seen as docile people. Let us speak the truth and stand by the truth. Justice will always prevail.

How do you feel now that the case has been withdrawn?

I am very happy. From the beginning of this case, I was told that it was mere political persecution. I always believe in speaking the truth and I will always say the truth. But these people do not like people who say the truth. I am happy that justice has prevailed at last. 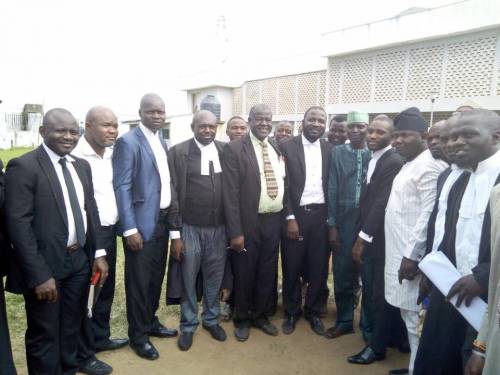 Was there pressure on you during the case?

Yes! There was pressure from my people at the ward, local government, even up to the state level; people really pressurized me over the case.

Can you mention some people that mounted pressure on you?

People like the Gambari 1 ward chairman, Mr. Zubairu Zubairo, and other chieftains of the party like Azeez and Ayodeji Saheed.

Do you think the Senate President has a hand in your ordeal?

I can’t say but I know it is the work of political sycophants.

What do you expect the Senate President to do?

The Senate President was careful in his statement denying any involvement or any link with my ordeal. He has only denied involvement; he has not done anything more than that. As the leader of the party in the state, I had expected him to chastise those who took me to court. He should have cautioned them and made some pronouncement that would show that he did not tolerate what they did. The sycophants have taken sycophancy in Kwara to the next level. This was a matter that should have only been addressed at the party level but when a member takes another member of the same party to court, will you say that party is united?

The Senate President will do members of the party in the state greater good by going a step further to caution those people who persecuted and prosecuted me in order to serve as a deterrent to others who would want to do the same thing in future.

How many lawyers handled your case?

We had about 30 lawyers who represented me on the first day that I appeared in court. The lead lawyer is Mr. Sambo Muritala.

How much did you pay them?

The legal team appeared pro bono. We did not pay them anything. We got in touch with one of them and he mobilised the rest. Even those who were not in court rushed from wherever they were to appear in court. Some of them were not dressed in their regalia; they were in the court to support their colleagues who handled my case. From this, it is clear that there are lawyers that still fight for the downtrodden and the oppressed to ensure that they get justice. Today in Nigeria, we can still rely on the judiciary as the last hope of the common man. There was no way I could have afforded their money if they had charged me. If they did not come to help me, I would have either been remanded in the Oke-Kura Prison or Mandala Prison. The lawyers were convinced that I had not done anything wrong but that I only expressed myself. It was just that somebody somewhere just wanted to please his godfather.

What have you learnt from your experience?

There is freedom of expression. Everybody has the right to express his or her feelings. Young people should speak out objectively and put our leaders on their toes to ensure delivery of dividends of democracy. We need to do that in order to liberate ourselves from this bondage we are in this state. We must contribute our quota to national growth and development.