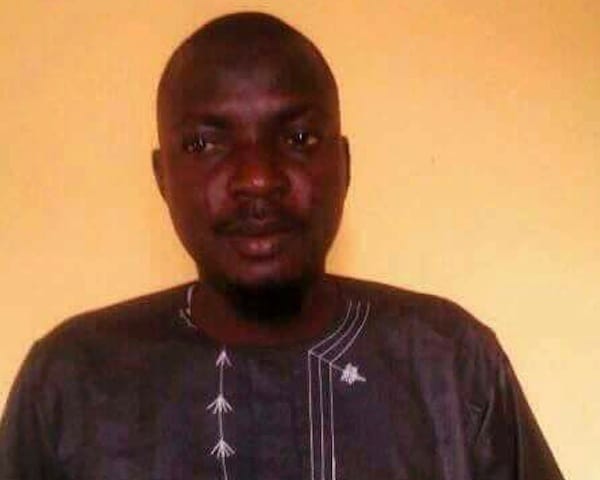 -Abiodun Baba was accused of defaming the Senate President on Facebook.

-He was arraigned for committing act.

-The court has therefore, discharged him.

An Ilorin Magistrates Court, on Thursday, dismissed the lawsuit against a 37-year-old teacher, Abiodun Baba, accused of defaming the Senate President, Bukola Saraki.

Recall that Mr. Baba was arraigned before Magistrate Ahmed Dasuki court for posting defamatory and disparaging messages about the Senate President on his Facebook account.  Biodun Baba, teacher at LGEA School, Olorunlana in Moro Local Government Area of Kwara, had been reportedly sacked by the Kwara state government for the alleged offence.

NAN reports that according to the complainant, Jimoh Adesina, Chairman Kwara North Senatorial District of the All Progressives Congress, the accused embedded the materials on his Facebook wall realizing that they will be harmful to the image of Saraki.

The complainant also accused Mr. Baba of inciting disturbance of public peace and injurious falsehood posts on Facebook, capable of disparaging and causing disaffection against Saraki.

The offences, he said, were contrary to sections 113, 114, 393, 394 of the Penal Code of Northern Nigeria and section 883and 204 of the Criminal Code Act.
The charges were filed by the Chamber of S. I. Solagberu and Co, Ilorin at the Magistrate court.

It was learnt that Sikiru Solagberu, lawyer to the complainant, however, on July 28, moved an oral application to withdraw the case against the accused.

He disclosed that the decision followed appeals and intervention by renowned citizens in the state and the Ilorin Traditional Council.

The Magistrate, Ahmed Dasuki, in his ruling declared that the reasons proved by the complainant are concrete and did not require any application or affidavit in support.

He therefore, advised the accused to henceforth be of good conduct.