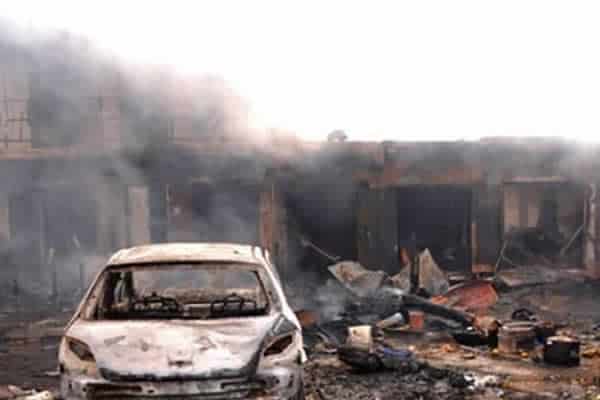 Three bomb explosions were recorded in the early hours today in Maiduguri.

The first bomb was detonated around 3:50 am, while the second and third explosions was around 5:00am and 5:30 am, respectively.
This attack comes at a period when the chief of army staff, Tukur Buratai, has given Ibrahim Attahiru, theatre commander of operation Lafiya Dole, a 40-day ultimatum to capture Abubakar Shekau, leader of the Boko Haram sect.
More Details soon…