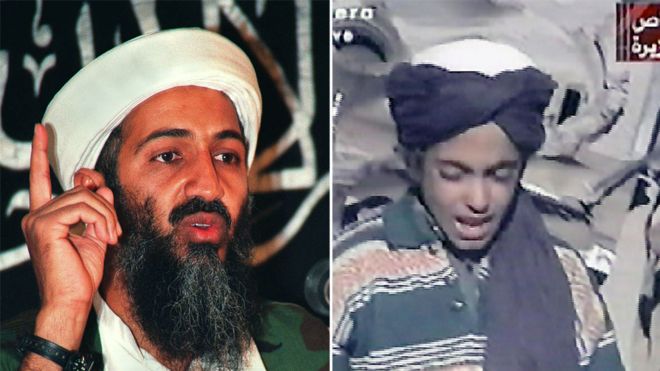 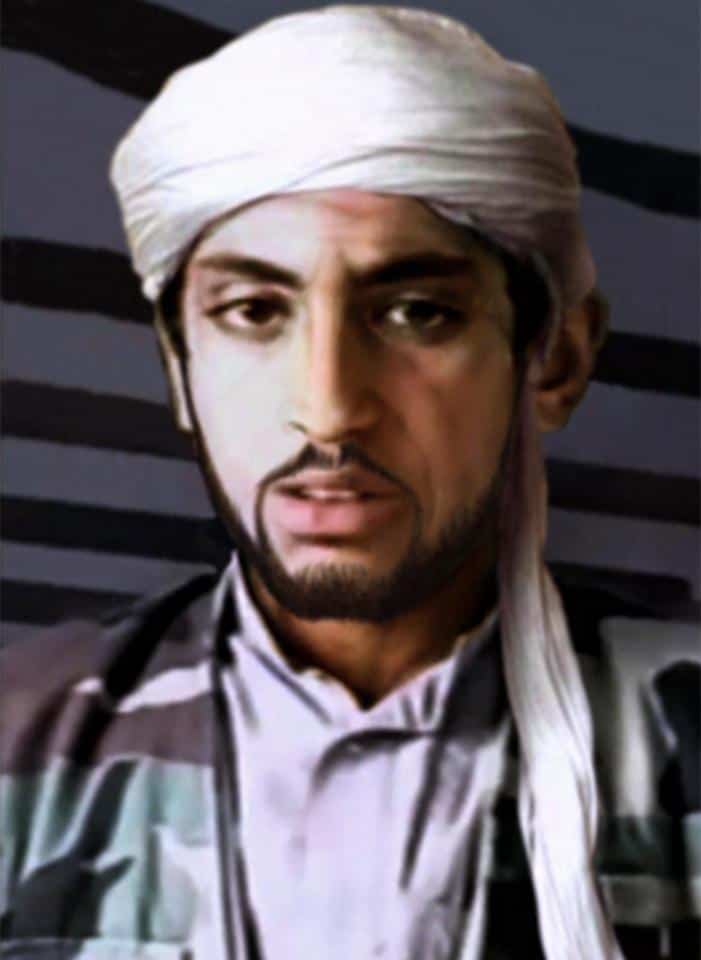 Introduced as “a lion from the den of Al-Qaeda” by the group’s leader Ayman al-Zawahiri, Hamza Laden was also regarded as the “poster boy” of al-Qaeda’s re-emergence on the terrorism front.

His mother, the third of Bin laden’s six wives, was said to come from a wealthy family and was known as a “strong-willed” woman.

The eighth of about 20 kids of Bin laden,  Hamza was raised as Bin Laden’s designated heir and grew up hating several things about the USA. He is wanted by the US for his alleged role in American embassy bombings in Tanzania, Dar es Salaam and Nairobi, Kenya in 1998.

Now believed to be aged 28, he is a devotee of violent jihad just like his father. Hamza Laden married the daughter of the former head of al-Qaeda’s training camps Abu Mohammed al-Masri.

In May, an audio recording suggested that he was staging al-Qaeda’s comeback. The Washington Post described Hamza’s voice as “vintage Osama bin Laden.”

“Prepare diligently to inflict crippling losses on those who have disbelieved,” the voice intoned.

Another audio message was recorded in 2015, in which he praised terror leaders and denounced former US President Barack Obama as “the black chief of [a] criminal gang.”

He also called on jihadis to “take the battlefield from Kabul, Baghdad and Gaza to Washington, London, Paris and Tel Aviv.”