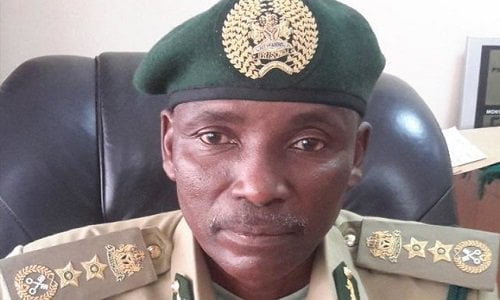 Plateau Controller of Prisons, Noel Ailewon, has no less than 300 prisoners are being trained on vocational skills across prison formations in Plateau.

Ailewon, who made the disclosure in an interview with the NAN on Monday, in Jos, said 200 of them are from Jos prisons alone.

He said, “The command takes programmes that will assist in reforming the inmates seriously while in custody so that they become better persons after serving their jail terms.

“At the moment over 300 inmates in this command are currently being trained on bead making, carpentry, tailoring, among others

“The various formations have workshops where inmates undergo training.”

Ailewon added that, “The inmates who participate in such vocational training are the convicted ones, since they will someday regain freedom”.

The Priso Controller included that some of them are running their  primary and secondary education while some practice farming.

He asserted that 12 of the inmates who sat for the NECO examination “passed excellently.”

“This goes to show that we are not resting on our oars to ensure the inmates become better persons in the society after their jail term,” he said.