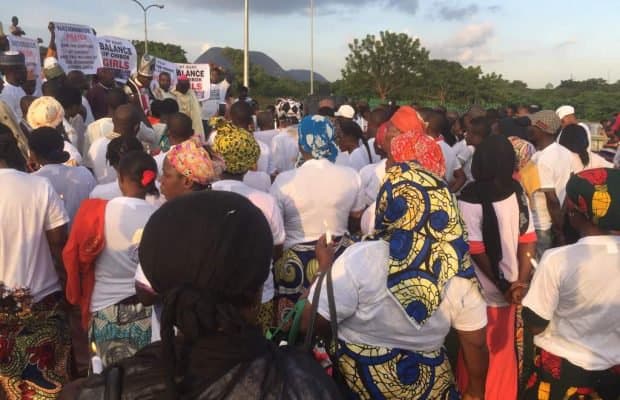 37-year-old Islamic cleric, Ali Ahmad has vowed to go on ‘foot journey’ from Abuja to Maiduguri, the Borno State capital, if the wanted Boko Haram terrorist, Abubakar Shekau is captured.

Ahmad declared that he would take it upon himself to trek the 844 kilometer journey to celebrate the Nigerian troops if they succeed in bringing the ‘heartless’ insurgents down.

Naija News has verified the distance between Abuja and Maiduguri to be 844.71 kilometers.

Ahmad’s pledge comes after the recent order for the troops fighting Boko Haram in the Northeast to arrest Shekau within 40 days, either dead or alive, as directed bythe Chief of Army Staff, Lieutenant General Tukur Buratai.

The Islamic cleric made the declaration while speaking during the prayer organized yesterday by some religious bodies against the Boko Haram on Wednesday.

The groups disclosed that they would be carrying out a 40-day prayer and fasting for God to end insurgency in Nigeria.

Speaking at the Unity Fountain on Wednesday, Ahmad, claiming to hail from Gudumbali village in Guzamala LGA of Borno State, said he lost one of his wives and two children to an attack by the Boko Haram insurgents on Monday Market in Maduguri in January 2015. Hence he said he decided to relocate from Borno after the deadly attack.

“I was doing fine with my family in Maiduguri until January 2015 when the Boko Haram members attacked the Monday Market and killed several people.

“I was in Kano that day to buy goods when I got a call from my house that my wife, Zaina and two sons have been killed by bomb blast. I lost everything I had and I had no choice than to move my remaining family to my village in Gudumbali.

He added that “I am ready to trek from Lagos to Maiduguri if he is arrested. I don’t mind my age and strength. Shekau is an evil man and deserves to die. He will not go unpunished” .

He also commended the efforts of the military in restoring peace to the unstable community.

He said, “Our military deserves all the support and encouragement from spiritual and political leadership of the country to totally wipe away their tears in the north eastern part of the country. It will be everyone’s joy to see Shekau in chains.”