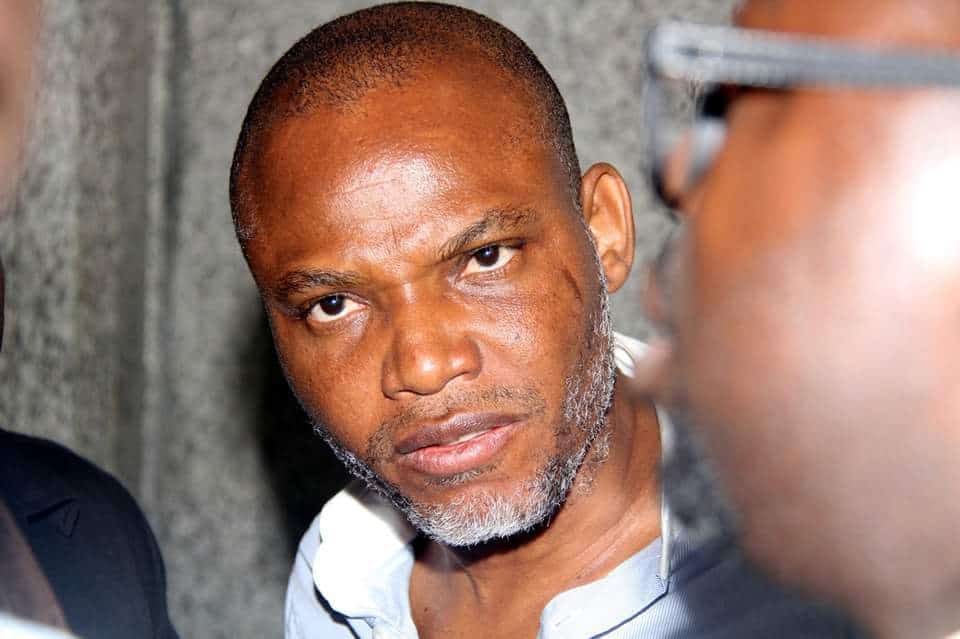 The leader of the Indigenous People of Biafra (IPOB), Nnamdi Kanu, has said no judge can stop him from speaking with journalists. This he said in Enugu while receiving awards from some Igbo groups.

Recall that on April 25, Binta Nyako, judge of a federal high court in Abuja, granted him bail on the conditions that he must avoid a group of more than 10 persons, and grant no interviews.

It was learnt that Kanu conformed to court instruction in the early days of his freedom after 18 months in custody. He has now defied all the bail conditions, but the he said it is President Muhammadu Buhari and Lawal Daura, director-general of the Department of State Services (DSS) that should be accused of defying court orders.
“The judge is a very learned fellow. She cannot stop me from speaking,” he said.

Kanu told journalists when asked if he had not gone against the order of not speaking with the press, said : “I am replying you. That is what I am doing. I am not giving an interview, I am responding to the question you asked me.

“Buhari and the DSS have been in multiple breaches of court order after court order. I wish you can go to the DSS and ask whatever his name is, the DSS director general, why DSS does not obey court orders.
“They are the ones flouting the court orders. It’s not me.”